The bombshell report, constructed like a minute-by-minute diary, cited a litany of high-risk problems such as the double-counting of votes, insecure storage of ballots, possible violations of voter privacy, the mysterious removal of election materials at a vote collection warehouse, and the suspicious movement of “too many” ballots on Election Day.

“This seems like a massive chain of custody problem,” the contractor Carter Jones warned in the memo delivered by his firm Seven Hill Strategies to Raffensperger’s office shortly after the election.

That glaring notation was written around 4:00 p.m. on Election Day, when Jones observed absentee ballots arriving at the county’s central absentee scanning center at Atlanta’s State Farm Arena “in rolling bins 2k at a time.”

The document is here (pdf)

On Wednesday, The Federal Reserve “considerably raised its expectations for inflation this year and brought forward the time frame on when it will next raise interest rates,” CNBC reported. “However, the central bank gave no indication as to when it will begin cutting back on its aggressive bond-buying program, though Fed Chairman Jerome Powell acknowledged that officials discussed the issue at the meeting.”

“This is not what the market expected,” James McCann, deputy chief economist at Aberdeen Standard Investments, told CNBC. “The Fed is now signaling that rates will need to rise sooner and faster, with their forecast suggesting two hikes in 2023. This change in stance jars a little with the Fed’s recent claims that the recent spike in inflation is temporary.”

How does she remain mayor of America’s third largest city? The same way Joe Biden became President of the United States.

While reminding the DOJ about the 10th amendment, Brnovich writes: The DOJ seems “more interested in supporting the hysterical outcries of leftist pundits on cable television, rather than the rule of law.” … “My office is not amused by the DOJ’s posturing and will not tolerate any effort to undermine or interfere with our State Senate’s audit to reassure Arizonans of the accuracy of our elections…

Related? Pres. Biden is now two hours late to his press briefing after a meeting with Turkish Pres. Erdogan, who has already completed his press conference

Only Democrats have permission to “clarify”: House Speaker Nancy Pelosi said Thursday that she welcomed a clarification from Rep. Ilhan Omar over a tweet about Israel that critics on both sides of the aisle said had unfairly compared the U.S. and Israel to terrorist groups.

“Few still remember how our societies and economies were threatened by high inflation 50 years ago,” David Folkerts-Landau, Deutsche Bank chief economist and head of research, wrote in a paper co-written by his colleagues Jim Reid and Peter Hooper. ”The most basic laws of economics, the ones that have stood the test of time over a millennium, have not been suspended. An explosive growth in debt financed largely by central banks is likely to lead to higher inflation.”

“We worry that the painful lessons of an inflationary past are being ignored by central bankers, either because they really believe that this time is different, or they have bought into a new paradigm that low interest rates are here to stay, or they are protecting their institutions by not trying to hold back a political steam roller,” Folkerts-Landau added. “Whatever the reason, we expect inflationary pressures to re-emerge as the Fed continues with its policy of patience and its stated belief that current pressures are largely transitory.”

Don’t worry, it’s temporary: The Consumer Price Index (CPI) for May came out this morning. At 5 percent, it was higher than expected.

Worse than Trump, even with a progressive discount coupon.

Here are some photos taken in Washington, DC yesterday. It’s still a beautiful place but the security around the White House is depressing and [should be] offensive to every American citizen. The access to their democratically elected dear leaders’ office is now tightly locked down with the nearest access MUCH further away than it used to be. One day, when the BIG LIE about January 6, 2021 is long past, perhaps this ridiculous fortification will be removed. 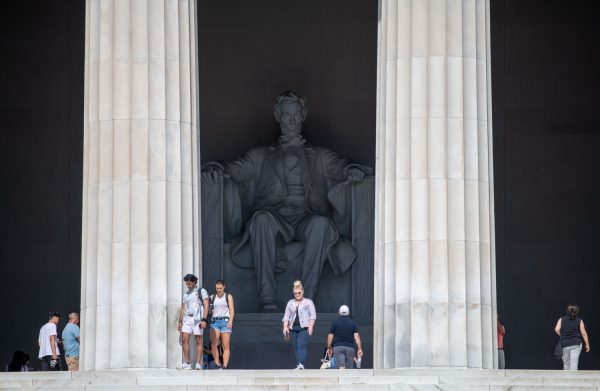 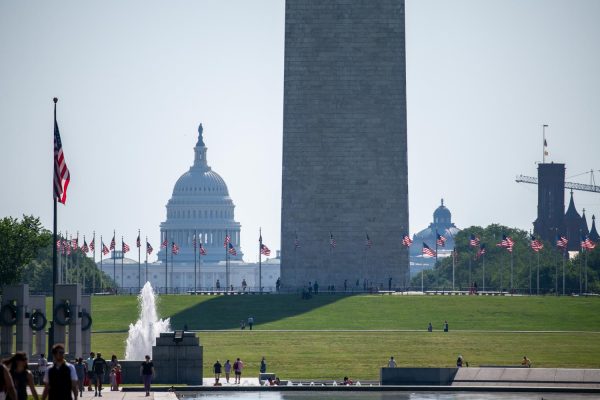 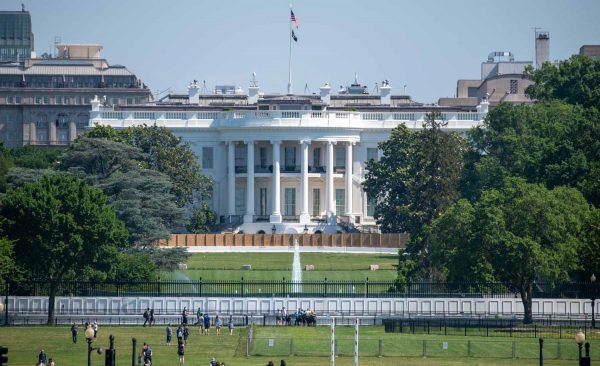 On late Sunday night, Democrats in the Texas House walked out to prevent a GOP quorum to pass a voting rights bill. The midnight deadline to pass the measure expired and Democrats celebrated what they thought was a “victory.”

Things then took an unexpected turn.

But, not so fast! IS THE COVERUP ENDING? OR JUST ENTERING A NEW PHASE?.

When you give people a choice…

The vote on Tuesday’s statewide primary ballot came as Republican lawmakers across the country have sought to roll back the emergency powers governors wielded during the COVID-19 pandemic.

The constitutional amendments will give lawmakers much more power over disaster declarations, to apply whether the emergency is another pandemic or natural disaster.

Practicing for the Big Game: “The majority of them were Republican ballots”

That the Kremlin had taken over American political institutions through its blackmail control of former President Donald Trump was a media conspiracy theory as pervasive as it was deranged. This once-exciting script was excavated from the CIA’s Cold War basement, dusted off by their operatives, and then kicked off by the intelligence community’s purposeful dissemination of the now-debunked Steele Dossier. And once this fairy tale was launched, there were seemingly no limits on the depths to which media figures would sink to promote it.

Journalists published best-selling books and column after column hyping this melodrama of international intrigue. In what was just one of many low points, MSNBC’s host Chris Hayes earnestly interviewed New York Magazine’s Jonathan Chait about the latter’s 2018 cover story speculating that Trump may have been groomed as a Russian intelligence asset since 1987. “Unlikely but possible” declared the on-screen cable graphic as Hayes spoke, summarizing the media’s Trump-era renunciation of all standards of rationality and evidence for disseminating unhinged conspiracies to their audience, at great profit for themselves but great harm to everything and everyone else.
[…]

Just imagine what would be happening right now if it were Trump, rather than Biden, who just handed Putin his underwater natural gas pipeline just days after Russian hackers allegedly caused serious gas shortages in the U.S. Jingoistic op-eds would fill the pages of The New York Times and The Washington Post warning of Kremlin control of the U.S.; CNN and MSNBC would convene panel after panel of their former FBI and CIA operatives to accuse Trump of treason for subordinating U.S. interests to Russian interests; Rachel Maddow would be on the verge of righteous and indignant tears as she devoted her 20-minute monologue to decrying the tragedy that we were all living under Putin’s rule; and Nancy Pelosi would be holding a press conference to spread more innuendo about Putin’s blackmail control over Trump while demanding a DOJ investigation.

Biden: Russia Can Have a New Pipeline, but America Can’t

Global Test: John Kerry admits the solar panels that will save us from the climate end times are being produced by Uyghur slaves