There is no limit to the amount of sewage that Leana Wen is willing to spew out of her pie-hole. Now that she has proven to be consistently wrong, she is desperately trying to ressurect her reputation.

There is no better example of a P.O.S. than this evil witch.

Then you’ll be labeled as a “Domestic Violent Extremist”:

In the current year, when the 1619 Project is considered history, Django Unchained is treated like a documentary, and Gone With the Wind has been thrown into the burn pile, most Americans have a very distorted understanding of how the institution of slavery operated on a day-to-day basis. Pop culture portrayals (the ones that have not been banned) would have us believe that sadistic Southern plantation owners routinely starved, beat and killed their slaves for the sheer thrill of it. When we meet Leonardo di Caprio’s planter character in Django Unchained, he is amusing himself by forcing two slaves to fight a gladiator death match. Well, as with all historical events that are integrated into a founding mythology – for example, the American Revolution, slavery & the Civil War, and World War 2 – the truth is a bit more complicated than the legend.

The Martyr Made Substack is subscription only, and worth every penny.

The CDC’s recent policy changes reveal a carefully worded mea culpa over their disastrous (and entirely incorrect) policies over the past 2.5 years. Whether it’s public health officials, politicians, corporate executives, most scientists, and Leftists generally, THEY WERE ENTIRELY WRONG. Their policies were absolutely discriminatory, violated the Nuremberg Code. In Canada, Trudeau, Singh, and their parties [allegedly] violated the Canadian Constitution, yet they went ahead anyhow. They’re so deep in their lies now that they’ll never back down, short of court orders. Prison sentences should be forthcoming but we know this will never happen because we don’t live in a just & fair world but at least their legacies in the history books will be associated with disgrace and abject failure.

Update: As one of the early commenters pointed out, I appear to have used the wrong terminology. I was referring to the Charter of Rights and Freedoms, as part of the 1982 Constitution Act.

It took two “multi-skilled journalists” to write this piece about nursing shortages in Ontario. It’s not clear what “skills” these fellows have but curiosity and seeking the truth are clearly not in their skillset. Read through the article and see if you can come up with one particularly critical question that they refused to ask.

It appears that the powers-at-be will stop at nothing to suppress the truth on the negative effects of the Covid jab, even to charge a police detective for investigating why so many children are “mysteriously” dying.

Here is the most comprehensive analysis you’ll see all day on the Raid on Trump’s House:

Merrick Garland is a disgrace to humankind. He opened the door to tyranny and there’s no turning back now. The ONLY solution is a thorough housecleaning at the FBI and DOJ after we take the White House. No one involved in any of this should have a job after day one. NO ONE!

Speaking of elites, here’s some insight into what Emperor Trudeau is currently up to.

Something very sketchy has been going on at the BC Centre for Disease Control:

Until Thursday, the Canadian province of British Columbia provided a clear breakdown of hospitalizations and deaths by vaccine status. Each week, the BC Centre for Disease Control offered an updated count of vaccinated, boosted, and unvaccinated people who had been hospitalized or died.

By way of comparison, just over half of all of British Columbia’s 5.3 million residents are boosted, while another 31 percent have received at least two doses. Yes, vaccinated and especially boosted people tend to be somewhat older than the unvaccinated.

Still, the fact that 75 to 80 percent of all deaths occur in boosted people highlight the sad reality that the shots do little if anything to stop severe cases and death from Omicron – the final defense of vaccine advocates.

Republican gubernatorial candidate, Kari Lake, is bright, principled, and knows how to communicate effectively to the camera. The corrupt legacy media (aka bought & paid for Democrat PR operatives) will be hard pressed to decide who to smear more, her or DeSantis.

Bonus: She joins Steve Bannon on his War Room program (the interview with Bannon begins at 4:50).

One wonders who is running countries around the world: Democratically elected politicians or Big Pharma execs?

NEW – Israel now considers only 7.73% of its population as “vaccinated” against COVID as up-to-date “boostering” further declines. pic.twitter.com/E8RQkw4cOJ

Even worse than only 7.73% of Israel citizens being “fully” vaccinated, it’s also clear that 0.0% are protected against Monkeypox! Is it not long overdue that every citizen should be forced to walk around with a diaper on the outside of their pants?!? Failure to comply with this should result in instant imprisonment in re-education camps!!! Join me, comrades, in shaming our politicians on social media to make this a law by the end of this weekend!

This is what happens when Canadians emulate ostriches and elect the JV team to run the country: 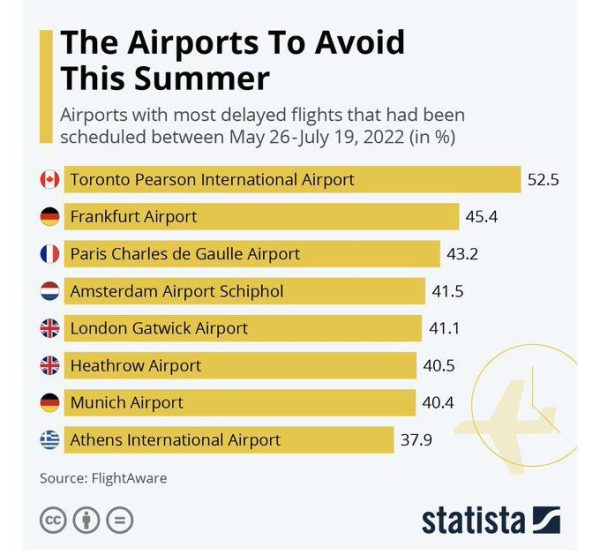 Bret Weinstein and Peter Boghossian perform a deep dive into the insanity & stupidity that is Woke Culture. If you’ve noticed that the tenets of Wokeism are very similar to a fundamentalist religion/cult, you’re not wrong.

Republican Arizona Governor candidate, Kari Lake, appears set to win her primary. It also seems clear that she is Target #1 for the cabal of:

If she does indeed pull off a victory, it’ll be an important small win in the long war against the corrupt Deep State.  #GoKari!

The despicable George Soros has written an op-ed full of big lies that was recently published in the Wall Street Journal:

We need to acknowledge that black people in the U.S. are five times as likely to be sent to jail as white people. That is an injustice that undermines our democracy.

In recent years, reform-minded prosecutors and other law-enforcement officials around the country have been coalescing around an agenda that promises to be more effective and just. This agenda includes prioritizing the resources of the criminal-justice system to protect people against violent crime. It urges that we treat drug addiction as a disease, not a crime. And it seeks to end the criminalization of poverty and mental illness.

Serious scholars researching causes behind the recent increase in crime have pointed to other factors: a disturbing rise in mental illness among young people due to the isolation imposed by Covid lockdowns, a pullback in policing in the wake of public criminal-justice reform protests, and increases in gun trafficking. Many of the same people who call for more-punitive criminal-justice policies also support looser gun laws.

As SF Bay resident, and SDA regular, Kenji, knows first hand, Soros’s “policies”, put into effect by the Progressive DAs he got elected, have been nothing short of a disaster.