Rachel Maddow, Don Lemon hardest hit: A member of a men’s chorus group unintentionally slammed into fellow chorists at the start of a Pride parade in South Florida, killing one member of the group and seriously injuring another, the group’s director said Sunday, correcting initial speculation that it was a hate crime directed at the gay community. 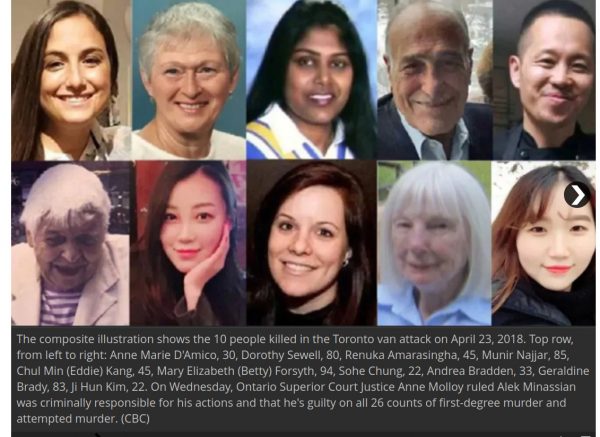 Oh, and the speeches. The impassioned, florid speeches from politicians raining blame down upon the Armenian immigrant community. We all remember that.

Everything is under control: Colonial initiated the restart of pipeline operations late Wednesday, saying in a statement that “all lines, including those lateral lines that have been running manually, will return to normal operations.”

“Connect critical infrastructure to the internet”, they said.

The prediction is currently holding steady for Saturday night for the US, and the error bars are shrinking.

The family of Ma’Khia Bryant, the teenager a policeman shot and killed Tuesday in Ohio, is reportedly considering taking legal action.

To say it was a bit of a disaster for Formula E’s first proper race on a circuit would be an understatement. The all-electric series has struggled for legitimacy since its inception in a variety of ways, not the least of which is the fact that the series has previously only raced on street circuits that often result in sticky crashes.

I haven’t watched a minute of it, but closing arguments seem to be going well. 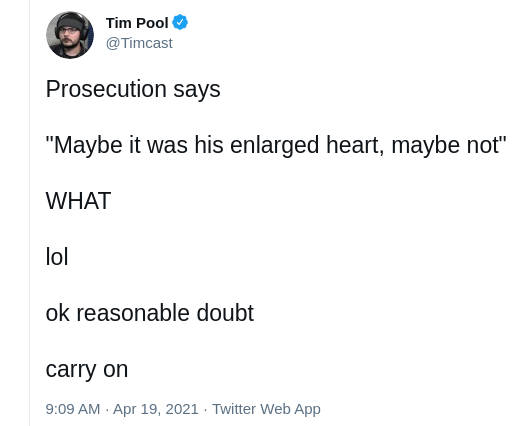 Via Ed Driscoll, who has more.

Monday morning update: “We can confirm movement of the Ever Given, it appears to be partially refloated, there is still some work to do until its completely freed, but progress has been made.” 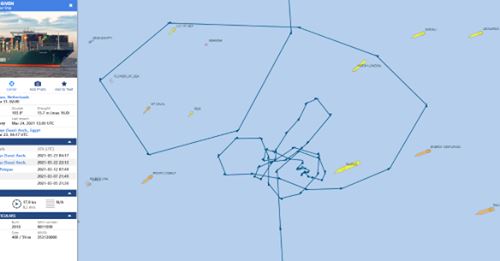 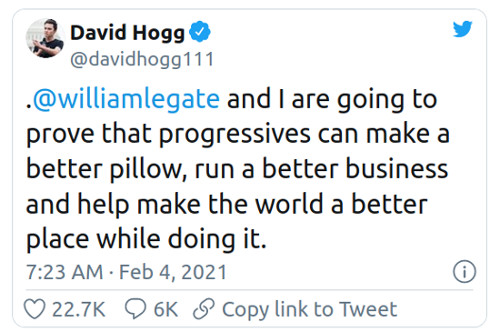 Of course: Everybody knows that the first step in manufacturing pillows is putting together an “activist advisory board.”

Calgary’s Crack-Train — “Calgary’s city hall can no longer afford to ignore this issue. The city’s downtown is turning into a crime-ridden embarrassment, and that crime wave is riding the Crack-Train all the way into the residential suburbs.”

Best experts money can buy: Britain’s policing minister says “human error” led to hundreds of thousands of DNA records and other data on criminal suspects being erased from the national police computer

The ongoing breach affecting thousands of organizations that relied on backdoored products by network software firm SolarWinds may have jeopardized the privacy of countless sealed court documents on file with the U.S. federal court system, according to a memo released Wednesday by the Administrative Office (AO) of the U.S. Courts.

The judicial branch agency said it will be deploying more stringent controls for receiving and storing sensitive documents filed with the federal courts, following a discovery that its own systems were compromised as part of the SolarWinds supply chain attack. That intrusion involved malicious code being surreptitiously inserted into updates shipped by SolarWinds for some 18,000 users of its Orion network management software as far back as March 2020.

“The AO is working with the Department of Homeland Security on a security audit relating to vulnerabilities in the Judiciary’s Case Management/Electronic Case Files system (CM/ECF) that greatly risk compromising highly sensitive non-public documents stored on CM/ECF, particularly sealed filings,” the agency said in a statement published Jan. 6.

The AO’s court document system powers a publicly searchable database called PACER, and the vast majority of the files in PACER are not restricted and are available to anyone willing to pay for the records.

But experts say many other documents stored in the AO’s system are sealed — either temporarily or indefinitely by the courts or parties to a legal matter — and may contain highly sensitive information, including intellectual property and trade secrets, or even the identities of confidential informants.

The acknowledgement from the AO comes hours after the U.S. Justice Department said it also was a victim of the SolarWinds intruders, who took control over the department’s Office 365 system and accessed email sent or received from about three percent of DOJ accounts (the department has more than 100,000 employees).

This is the safest vaccine in history
pic.twitter.com/RiY4QrSHyP

There’d be no hate at all…

The owner of a BMW that was spray-painted with racist and homophobic graffiti in October is now facing insurance fraud charges.

Turning over an old Leaf;

“I love the car,” he said. “Honestly, in three years and 40,000 kilometres, I’ve replaced a set of tires and windshield wiper fluid. Nothing breaks down. It’s a fantastic little vehicle. I think electric vehicles are the way to go.”

But nowadays, instead of being able to drive the 120 km that 2013 Leafs could initially go on a full charge, Brander can’t get much more than 80 km. He has even become hesitant about turning on the heat or window defroster, since using those features require battery power and will reduce his driving range even further.

Brander always knew that batteries lose capacity over time, and he figured it wouldn’t be a problem getting a new one.