Bomb squad on the scene, as a reported RV explosion in the downtowm… developing

about 12 minutes after explosion in #nashville #nashvilleexplosion

Being treated as an “intentional act”.

Update: It appears there was a message broadcast from the RV prior to the explosion, warning people to evacuate. This is a strange one.

This was no minor blast. ATT service is down in the region, there’s random speculation the target was their data center. 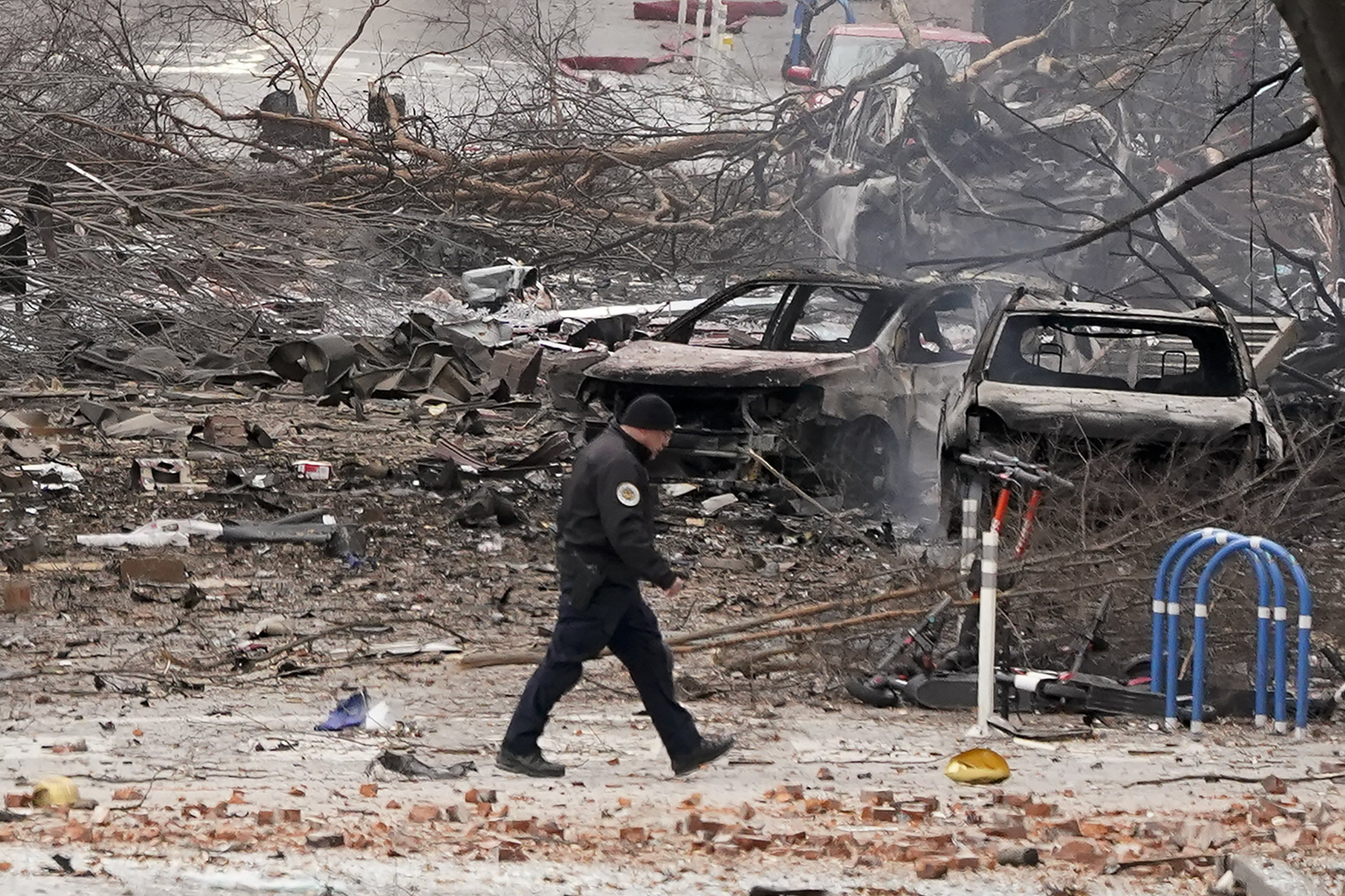