A lot of bastards just got caught.

The Covid-19 pathogen has a genetic footprint that has never been observed in a natural coronavirus.

In fact, in the entire class of coronaviruses that includes CoV-2, the CGG-CGG combination has never been found naturally. That means the common method of viruses picking up new skills, called recombination, cannot operate here. A virus simply cannot pick up a sequence from another virus if that sequence isn’t present in any other virus.

Scott Adam’s has the appropriate response here at the 7:50 mark.

And now is the time when we look at some of the smartest people in the world, published in one of the top peer reviewed science journals and ask the question stupid or liar? 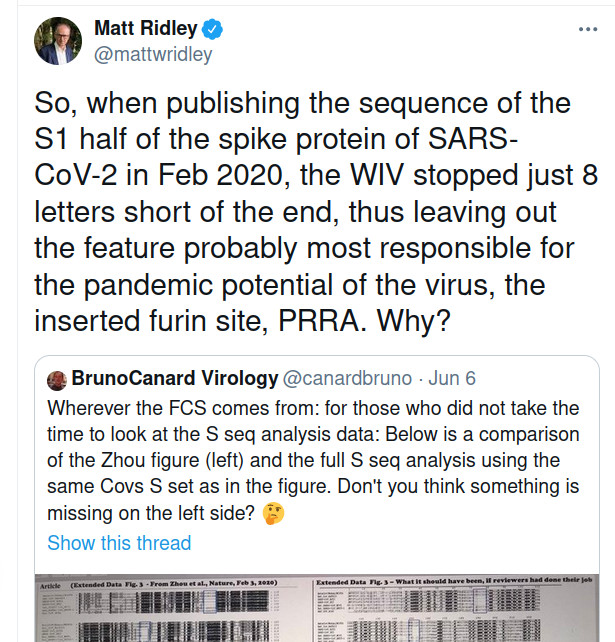