It’s from 2003, according to Kinsella. Had this been Scheer or Bernier, they’d be gone already. And, then there’s the obvious.

Not just Trudeau, you grovelling hacks. It challenges every high and mighty, sanctimonious Liberal and media pundit who demands racism be called out, who condemns those that fail to do so, who are all currently silent and terrified, with no idea what to say right now. https://t.co/AvjvMflSii

Christie Blatchford: He is always quick to judge others, condemn them, and always with that rich Trudeau smarminess.

Update: This is what the media keeps calling “brownface”. 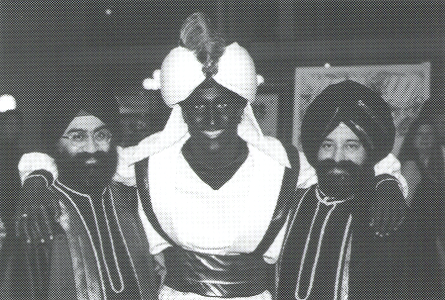 (I think the “brownface” guys are real.)

265 Replies to “White Supremacy Is Always Descending On Trump, Yet Landing On Trudeau”