A stunning survey just released by Morning Consult has revealed part of the extent of the devastation caused by COVID-19 lockdowns and other wealth and health destroying restrictions.

The remote work economy is functioning perfectly well for people who have already established themselves with robust income streams. For those still struggling to obtain the American dream – not so much.

Americans who were already earning six figure salaries have reported an increase in income for 2020, while those making between $50k-$100k reported a drop in income. Tragically, respondents earning under $50k have been absolutely hammered by destructive pandemic policies, reporting by far the largest income drop among their peers.

With Orange Man Gone, many of those restrictions are being lifted — oddly enough. 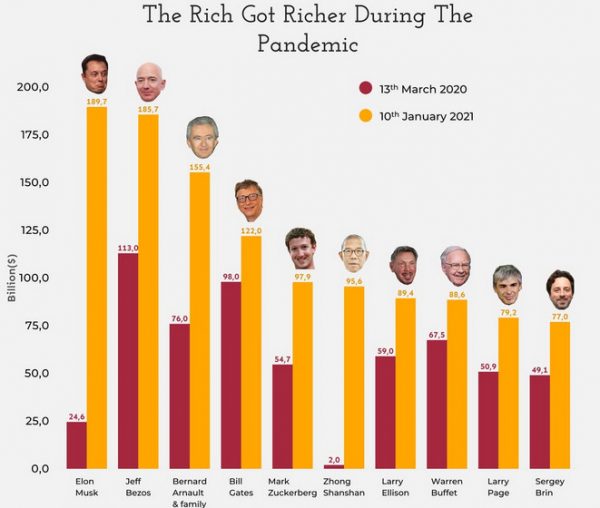 9 Replies to “All In This Together”