Viva Frei has noticed a new term being used by the legacy media: “misinformation limits”. Basically, it describes a growing trend whereby citizen journalists bypass the obsolete media entirely and share information without a “filter”, i.e. without first making sure that it does not offend the narrative promoted by sufficiently woke elites. 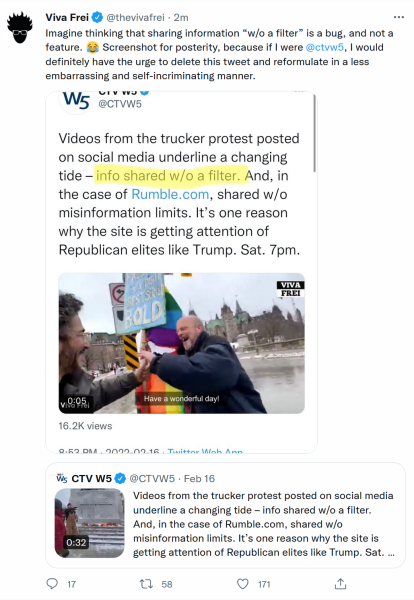 53 Replies to “Unfiltered is bad!”