Teck, one of Canada’s largest mining companies, has been around for over 100 years. But even with all that experience, they couldn’t handle the federal government’s Impact Assessment. They were going to spend $20 billion on their Frontier Oil Sands Project. The initial application was in 2012, but eight years later, they didn’t have an answer, so they pulled it. On Thursday, they sold off their last oil sands interests and are out of the oil sands entirely. Wonder why?

Saskatchewan’s Justice Minister Bronwyn Eyre had something to say about that.

Three stories on carbon capture and storage (CCUS): On Wednesday, the feds announced an intake for projects related to CCUS.

And the Petroleum Technology Research Centre announced recently they were including a CCUS summit in this spring’s Williston Basin Petroleum Conference.

And then there’s the oilsands efforts in CCUS. Bonus points for the Canadian Press story including the Canadian Centre for Policy Alternatives.

The fog and calm winds have not gone away. Four days in a row, wind power in Saskatchewan was either negligible or negative. Two of those days were negative.

And remember that SaskPower is beefing up its interconnect to North Dakota and the Southwest Power Pool, from 150 to 650 megawatts? Well, as of 12:15 a.m., SPP’s power was 45% coal. So we will give up coal power here, and have option to buy coal power from the US. Because that’s what they rely on when the wind decides not to blow there, either.

Turns out there’s a new development out of the story that took place on Monday.

On that very day, characterized by fog throughout much of southern Saskatchewan (where the wind turbines are located), SaskPower’s total wind power generation fell to “-1 megawatt,” as in negative one megawatt, according to the Crown corporation’s Where Does Your Power Come From web page. This is the lowest number Pipeline Online has seen since the page went online in September, 2022. It’s also an average throughout the entire day, not just at a particular moment.

According to SaskPower, “The turbines were iced up and unable to produce. The -1 megawatt was load to service the facilities.”

Also, SaskPower is now paying people extra just to stay in Coronach instead of walking away early from the doomed coal plant.

First Germany comes to Canada, looking for LNG (liquefied natural gas). Then Japan. And we have nothing to give them. Why?

Justin Trudeau. That’s why. And his merry band of anti-energy protestors and ministers.

While the US has moved fast and hard to get LNG export facilities in place over the last decade, Canada has dragged its feet and stubbed its toe. We let protestors (Coastal GasLink), provincial governments (Quebec) and the federal government (Energie Saguenay) get in the way. Now, while the world is crying for LNG from Canada, we have nothing – NOTHING – to give them.

What else would you expect from a government who killed the Northern Gateway and Energy East pipelines? That scared off Teck from its $20 billion Frontier oil sands project? That hardly whimpered when Biden killed Keystone XL?

The only way this will change is if we have a change in government in Ottawa, and a change in attitude in this nation. We can’t be Can’tada any longer. The world needs us.

Premier Scott Moe said on Monday that federal electricity regulations will soon mean that even with carbon capture, neither coal (in 2030) or natural gas (in 2035) will be allowed.

Ottawa, we have a problem.

There’s a whole lot of cold water splashed on the faces of true believers in the energy transition.

The cultish obsession with renewables – a mixture of managing by pixie-dust and mass delusion – has stymied discussions on real emissions reductions. A recent workshop in Stavanger Norway explored the role of fossil fuels as part of the solution – i.e., how do we maintain energy affordability and energy security within the context of reducing emissions. The participants called this the Energy Trilemma.

It turns out that the same day Alberta’s wind power flatlined, so did Saskatchewan’s. SaskPower delays its data reporting two days, which is why it took until Friday to find this out. Note that the 1.3 per cent output was the average for the entire day, meaning that it was even lower for part of the day.

On Tuesday, we didn’t get much in the way of wind power generation, again.

Alberta’s electrical grid, with 3,618 megawatts of installed wind generation, was getting just 19 megawatts from wind at 7:26 a.m. on Wednesday. This is after several grid alerts in late November and throughout December. 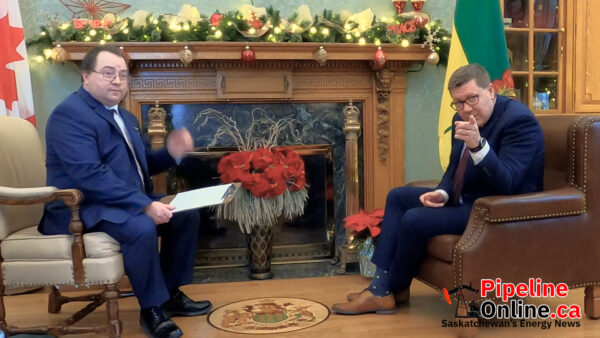 Lithium and rare earth elements may be a big deal in Saskatchewan over the next ten years, according to Premier Scott Moe. 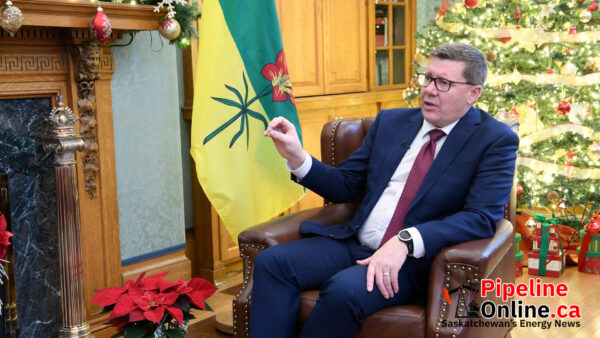 Remember the “no business case for LNG” that Prime Minister Justin Trudeau said in front of a German chancellor desperate for LNG? Premier Scott Moe talks about that, as well as making a decision on whether to go ahead with nuclear sooner than later. Right now, Saskatchewan is not planning on deciding to go nuclear until 2029. 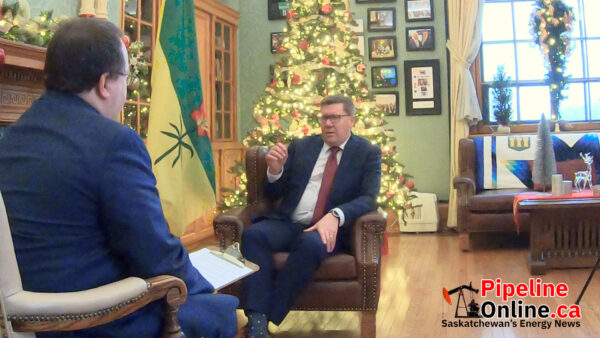 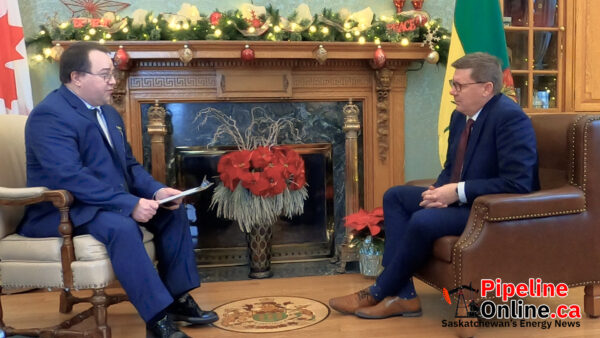 There’s no fluff questions in this year-end interview with Premier Scott Moe. Part one focuses on energy security, the war in Ukraine, wind, solar and coal power.

There are four parts to this interview, to be published this week. Watch for them.

Wonder where they’re going to get all the power from? Wind?

The Alberta Electric System Operator issued a grid alert for the second time in one day, third time in 24 hours, and fifth time in three weeks. And at 5:27, demand hit another all-time peak.

For the second time in 2 days, 4th time in December, Alberta Electric System Operator declares a “grid alert” as the power system can’t keep up with demand. It’s too cold for the wind turbines. -31C at Lethbridge, -35 C at Pincher Creek

Everyone’s got a Grinch story at this time of year. This is how the Grinch tried to steal the oilpatch. 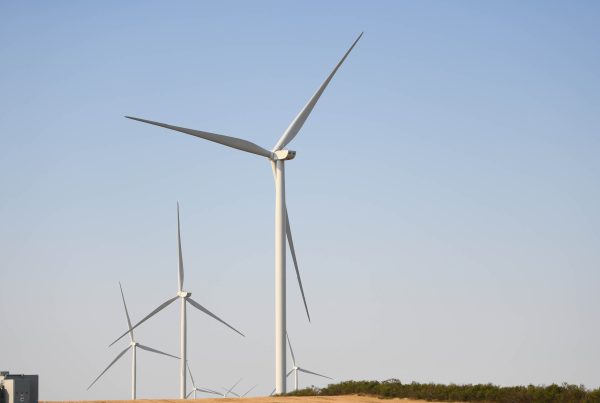 SaskPower delays its reporting of power output by two days. But it turns out that on Tuesday, Dec. 13, wind power production in Saskatchewan all but collapsed. Again. You’d think in winter, having reliable power might be a thing? But we are intent on building more, a lot more, wind and solar.