For 6+ months, anyone with integrity and a brain has been asking why politicians, such as those in most “blue” states, have kept businesses shut down based on no data & science.  Suddenly as President Asterisk is about to take power, there’s a magical reversal:

Will Soon-to-be-Recalled Newsom complete the triple-header?!?

Including three small boys, a marker pen and one unhappy mom; a mechanical iris window shade; ancient tape recorders; an attempt to help that doesn’t quite go to plan; and the kind of thing you don’t want to find up your nose.

All this and more.

CNN-NPR Photo-Journalist Jade Sacker was Embedded with Antifa Leader John Sullivan During Siege of US Capitol;

After the Capitol was stormed John Sullivan appeared with CNN photojournalist Jade Sacker on CNN that night. CNN did not identify Sullivan as an Antifa-BLM protest leader. They mention Insurgence, USA but not that it is a radical leftist organization. They do not mention that Sullivan was arrested in Utah during unrest in 2020. CNN did not reveal that the two were working together inside the US Capitol. Jade Sacker has done work for NPR, CNN, NBC and other liberal outlets.

Yet, in footage streamed to his followers on Discord, Sullivan, who uses the name “Jayden X” on the app, can be heard inciting violence from inside the U.S. Capitol and boasting about breaking a window.

Video at the link.

Update: Sullivan has been detained on federal charges. 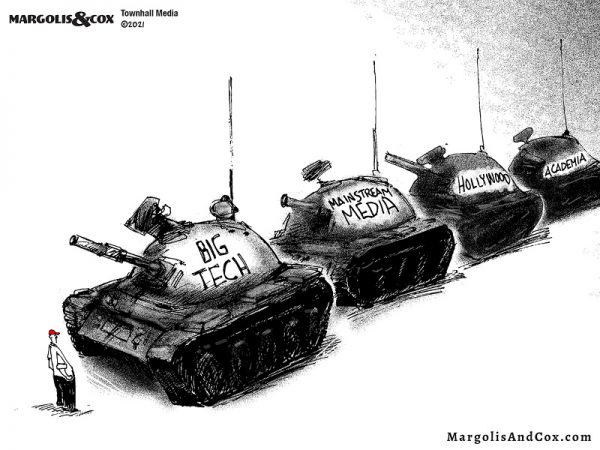 Your thread is open.

O’Keefe: “Um, do you think this is going to get us banned?”

Sad face: Twitter and Facebook have seen $51 billion in combined market value wiped out since booting Trump from their platforms

A first hand witness account from J Michael Waller, Senior Analyst for Strategy, Center for Security Policy. I’ve added it to the previous post, but it deserves its own;

A very few didn’t share the jovial, friendly, earnest demeanor of the great majority. Some obviously didn’t fit in. Among them were younger twentysomethings wearing new Trump or MAGA hats, often with the visor in the back, showing no enthusiasm and either looking at the ground, or glowering, or holding out their phones with outstretched arms to make videos of as many faces as possible in the crowd. Some appeared awkward, the way someone’s body language inadvertently shows the world that he feel like he doesn’t fit in. A few seemed to be nursing a deep, churning rage.

They generally covered their faces with cloth masks, as opposed to the pro-Trump people, few of whom wore masks at all. They walked, often hands in pockets, in clusters of perhaps four to six with at least one of them frequently looking behind. These outliers group looked like trouble. I presumed that these fake Trump protesters were Antifa or something similar. However, that entire afternoon I saw none of them act aggressively or cause any problems. At least, not from my vantage point.

A second outlier group also stood out. While many marchers wore military camouflage shirts, jackets, or pants of various patterns and states of wear and in all shapes and sizes, here and there one would see people of a different type: Wiry young men in good physical condition dressed neatly in what looked like newer camouflage uniforms with black gear, subdued patches including Punisher skulls, and helmets.

They showed tidiness and discipline. They strode instead of walked, moving at a more rapid pace than most of the people, sometimes breaking into a short jog, and generally keeping to the left side of Constitution Avenue in pairs of two or small groups of three. Unlike others in old military clothes who tended to be affable and talkative, these sullen men seemed not to speak to anyone at all. As we would see, they were the disciplined, uniformed column of attackers.

Related arrest: Mr. Mostofsky is a 34 year old registered Democrat and the son of a New York Judge. He is seen in the picture above dressed in fur, carrying a stick and wearing a bullet proof police vest he had stolen. Mostofsky is standing beside the man who carried a Confederate flag into the event. This indicates they possibly knew each other and both appear to be outsiders and leftist demons plotting to smear Trump supporters. (h/t burton)

Republicans across the U.S. are siding with President Trump over Senate Majority Leader Mitch McConnell — big time — according to a new Axios-Ipsos poll.

The state of play: A majority of Republicans still think Trump was right to challenge his election loss, support him, don’t blame him for the Capitol mob and want him to be the Republican nominee in 2024.

The reason that everyone now knows that Tapper is horrible is one we’ve discussed here many times: President Trump forced the media scum to completely out themselves. There were many like Tapper who use to be more coy about their bias but Trump forced them to peel off their human masks and reveal their biased lizard alien faces.

I tried to warn people, but nobody took me seriously.

Related: This is CNN

Catherine Herridge, formerly of Fox News and more recently with CBS News, reports investigators think those pipebombs found at the RNC and DNC on January 6 may have been intended to divert law enforcement away from the Capitol itself at a crucial moment. That would also suggest somebody with a command and control structure for the planned riot.

Herridge also notes that the crucial window for understanding the timeline of January 6 events is between 12:45 and 1:15, before President Donald Trump finished his speech to the gathered protestors. If that is true, and there are abundant reasons to think it is, then it’s difficult to ascribe to Trump responsibility for inciting the riot.

Proving again the first rule of breaking events: nobody knows anything.

The deadly riot at the US Capitol bore the markings of an organized operation planned well in advance of the January 6 joint session of Congress.

A small number of cadre used the cover of a huge rally to stage its attack. Before it began, I saw from my vantage point on the West Front of the Capitol, what appeared to be four separate cells or units…

Related: Our ruling class really wants us to be like China.

This evening, in honour of incoming Congresswoman Marjorie Taylor Greene, we entertain you with Georgia On My Mind.

Your most fascinating tips of the past day are much appreciated!

Big wind storm here, with intermittent power failures, so shutting it down for the night.

It would be just like Cocaine Mitch to drag this political manure spreader right into Congress and park it there for Biden’s first 100 days. 🤣 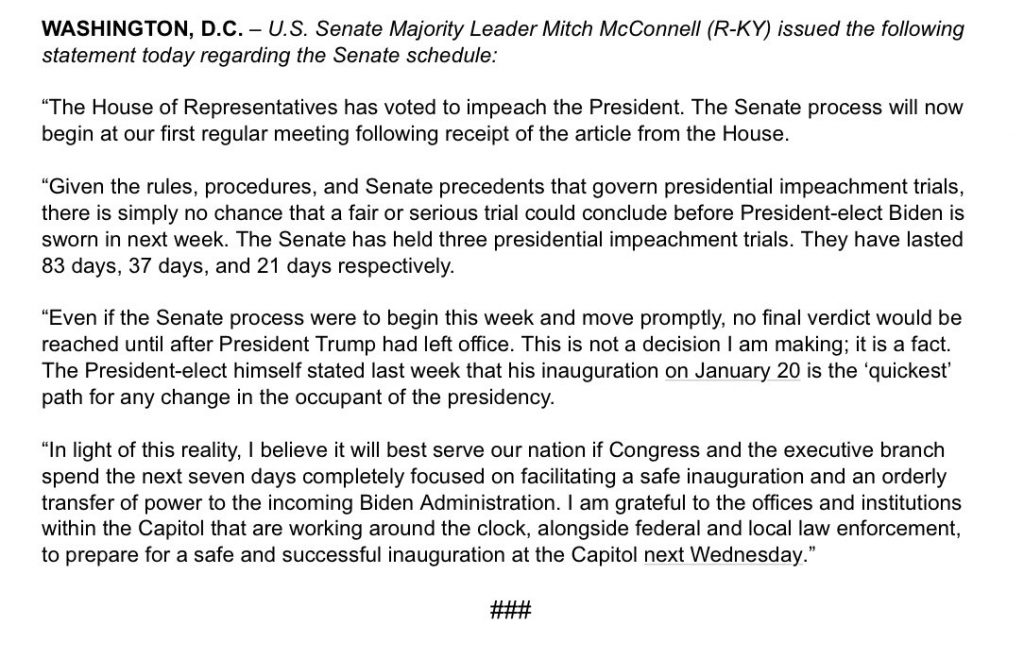 Related: poll shows rising approval of Trump in the wake of the Capitol incursion 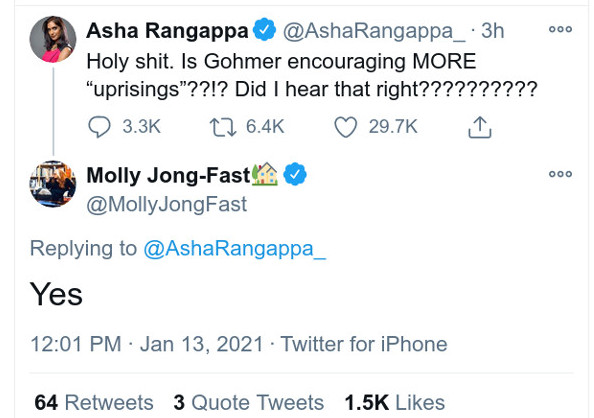 “We did it, we did it. We showed them that this is our house.”

This is essential viewing for a full understanding of what happened at the Capitol on January 6th. The interview lasts over 2 hours, and covers a number of topics. It’s helpfully timestamped by topic at the Youtube page. (Click on the description).

Jeremy Lee Quinn is an independent investigative journalist who describes himself as center-left and was in the crowd that breached the building. You can view video at Public Report, including this one.