The SUHI intensity is the difference in surface temperature between the built-up and non-built up pixels of an urbanized area.

When they tell you who they are — believe them.

OPINION: We may need climate lockdowns to halt climate change, Mariana Mazzucato writes. That might mean governments limiting private vehicle use, banning consumption of red meat, etc. We must do capitalism differently to avoid that. https://t.co/zTxjfJJWpZ

Right now I’m seeing the mountains I grew up in — where I went to school, where I hung out, camped, backpacked, boated, cheated death and generally formed the foundation of my character — burning down. It makes me sad and angry.

This didn’t have to happen. Once upon a time, forests in California were logged, grazed, and competently managed. It wasn’t always perfect, but generally it worked.

Fires, which are a natural part of that ecosystem, were generally small — not just benign but beneficial. Land management focused on keeping the forest healthy for all involved, whether they were loggers, ranchers, fishermen, hunters, homeowners, or backpackers.

But then things started to change. Groups such as the Sierra Club and National Resources Defense Council began to drive a myopic agenda of protecting environmental interests at all costs. Logging was shut down. Grazing was banned. Controlled burning and undergrowth clearance were challenged and subjected to draconian regulations. Fires were put out as quickly as possible.

So the trees grew closer and closer together. Undergrowth, unchecked by grazing, cutting, or burning, grew thick and tall enough to reach the branches of mature trees.

The forests became thick and overgrown, but man, they sure looked nice and green from a scenic overlook.

Sawmills shut down and the cattle business went elsewhere. Thriving towns dried up and nearly went under. We started importing lumber and beef from Brazil and other places with objectively horrible environmental track records. And the vegetation kept growing.

Nearly 30 years ago, President Bill Clinton made a significant change to federal land management that created the conditions necessary for massive wildfires to consume portions of the West Coast, according to a fire expert who predicted the problem years ago.

Shortly before leaving office in 2001, Clinton limited the ability of the United States Forest Service to thin out a dense thicket of foliage and downed trees on federal land to bring the West into a pristine state, Bob Zybach, an experienced forester with a Ph.D. in environmental science, told The Daily Caller News Foundation. The former president’s decision created a ticking time bomb, Zybach argues.

On second thought: State, feds agree to thin millions of acres of forests

A British Columbia carbon tax hailed by cabinet as a model for the nation has not lowered greenhouse gas emissions, says the Department of Environment. Even rebates for electric car buyers failed to cut pollution in B.C.’s transport sector: “British Columbia shows it.”

It didn’t fail. “Carbon” was the pretense, revenue was the objective.

“In 2017 and 2018 seven projects were funded for which researchers did not provide reports. Hence, their status is unknown,” said an Evaluation Of The Aquatic Climate Change Adaptation Services Program. “Under the current funding requirements there are no consequences if funded researchers do not submit reports, or reports are delayed.”

According to Blacklock’s, since 2017, the program, which is “the only federal program that advances research in the areas of aquatic climate change science,” cost $10.5 million, along with an extra $3.5 million in ongoing yearly spending.

The program has eight staff members, but “a federal website archiving the studies drew as few as fifty visits a month and was ‘hard to find and not easily navigable for users.’” 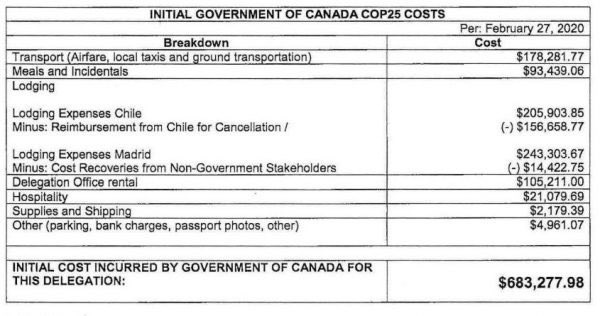 Gets off to a roaring start.

Coldest Mother's Day in 35 years for the eastern US. Crop destroying freezes likely from Michigan to Tennessee. pic.twitter.com/3Mpkk9Sm3Y 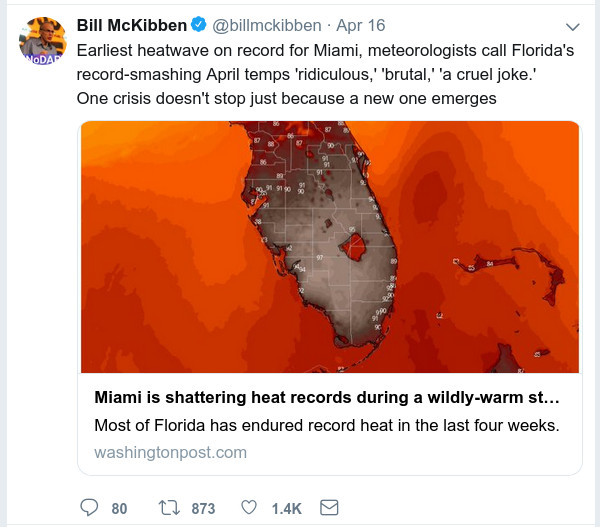 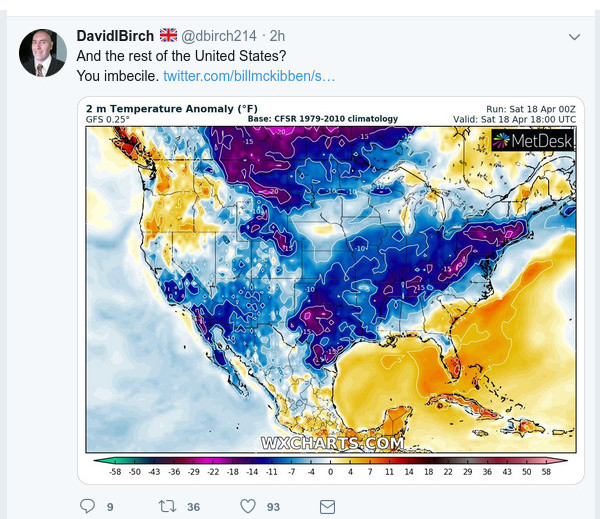 A team of researchers from the Innlandet County Council and NTNU University Museum in Norway and the University of Cambridge in the U.K. has found a large quantity of Viking-era artifacts in a long-lost mountain pass in Southern Norway. In their paper published in the journal Antiquity, the group describes the location of the pass, explains why it is suddenly revealing artifacts, and outlines what has been found thus far.

Get them while you still can.

The federal government announced Tuesday that it “was in the process of finalizing an agreement” with the Montreal-based protective equipment manufacturer Medicom to start N95 and surgical mask production in Canada.

But the proposed Medicom manufacturing site won’t be up and running for months. According to the company, neither the location nor the number of facilities that will be producing masks has been decided. It is aiming to start production in early summer.

Trudeau is desperately trying to source N95 masks from other countries, who are struggling with their own needs.

Guess “studies of mosquitoes, rats, and programs on “storytelling regarding climate change” were more important.

Via a paranoid PJ Rowling.