Parts of China witnessed heavy flooding for the past two months.

Officials have repeatedly assured that the dam can withstand the flow of water. 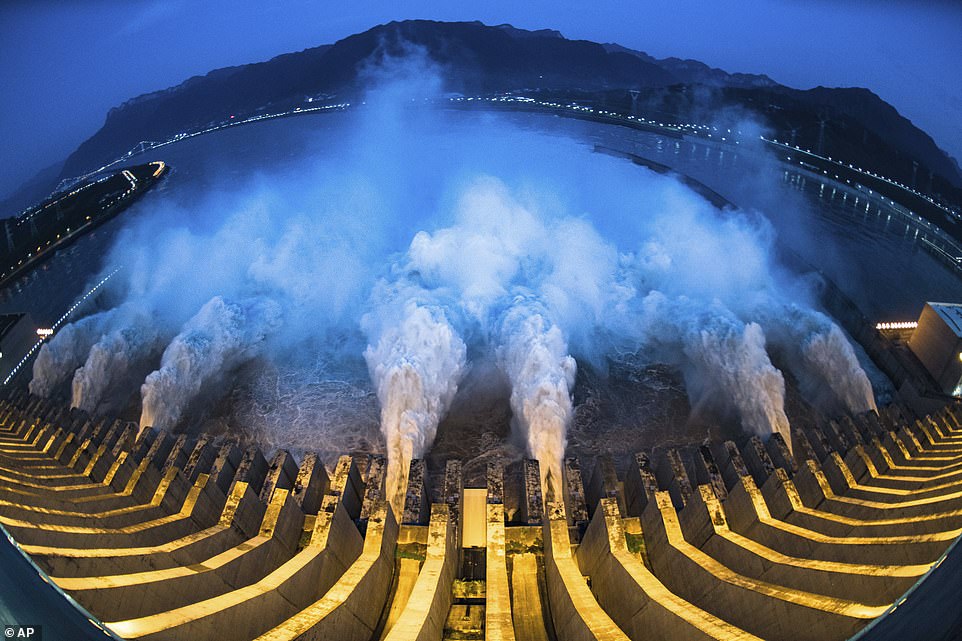 People in cities along China’s Yangtze River, which have already been inundated with water, are now scrambling to shore up embankments and dykes before the Three Gorges Dam releases more water and towns are swamped again by the third big flood this summer.

The Yangtze has again become a raging torrent. On Monday evening, stormwater started to pour into the reservoir of the Three Gorges Dam in the Yangtze’s middle reaches at more than 60,000 cubic meters per second.

The amount of water is the same as the peak flow rate 10 days ago, which added more than 10 billion cubic meters of water to the mega-dam’s artificial lake.

A thread on the catastrophic downstream consequences if the dam fails, both literally and figuratively. 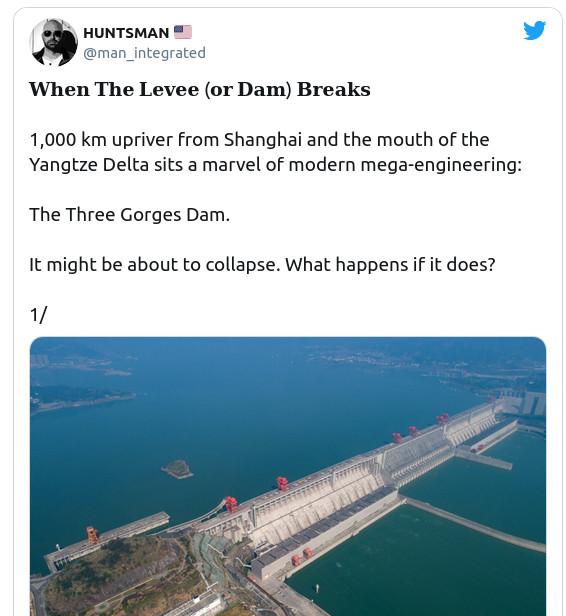