An estimated 86% of Venezuelans reported unreliable water service, including 11% who have none at all, according to an April survey of 4,500 residents by the non-profit Venezuelan Observatory of Public Services.

Mayor Lori Lightfoot is not the name of a cartoon character, but it should be.

Leaked Audio from May 31st: WTTW News obtained a recording of an online conference call held by the [Chicago] mayor’s office to brief all 50 aldermen on the city’s response to the unrest touched off by the death of George Floyd in the custody of Minneapolis police.

Link to audio here — it’s been up and down, but I now have a copy saved.

You may get a warning message on the prompt, but it’s loading from the WTTW News server.

The recording begins with Ald. Michelle Harris (8th Ward) wondering how she could convince businesses like Walmart and CVS to rebuild on the South Side after the destruction.

“It’s like, what are we going to have left in our community?” Harris asks her colleagues before answering herself. “Nothing.”

The Chicago City Council’s Black Caucus criticized Lightfoot’s decision to use 375 members of the Illinois National Guard to block off the Loop and the central business district starting Sunday morning, making business corridors on the South and West sides an “easy target” for looters and criminals because they “did not have the same level of protection.”

Lightfoot dismissed that criticism as “illogical and not true” on Wednesday.

Ald. Pat Dowell (3rd Ward) said she felt helpless to protect older residents, who she said were struggling to buy food and get prescription medicine.

“I’ve worked really hard over the last seven years and now I feel like I am five feet back,” Dowell said.

“I feel like I am at ground zero,” Harris responded. “My major business district is shattered. Why would Walmart or CVS come back to our communities?”

Via @peterjhasson — Seriously listen to the whole audio. It’s insane. Chicago’s own leaders describe their city like it’s Ciudad Juárez

MSNBC reporter just now: "I want to be clear on how I characterize this. This is mostly a protest. It is not generally speaking unruly."

The guy is literally standing in front of a burning building in the middle of a riot. pic.twitter.com/IzCV6On4sF

No, I haven’t been blogging on the riots, primarily because I’ve been busy and away from the computer, but also because Minneapolis is one of the cities I know best, and it sickens me to witness the twin cancers of the left – identity politics and entitlement culture – metastasize yet again. 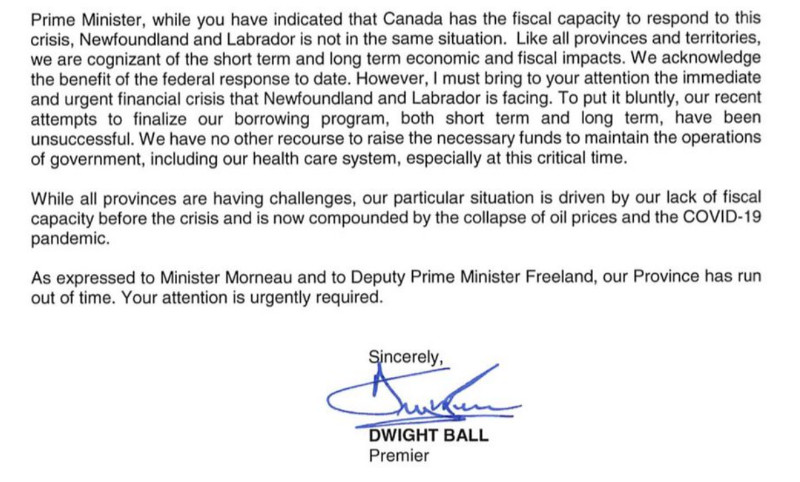 With an intro by Sarah Hoyt;

Let me put this into small bite-size ideas: Globalism, of the sort that assumes there are no real differences between cultures and that totalitarian regimes are as trustworthy as non-dictatorial regimes, is a luxury. It is the luxury of those so wealthy and pampered they can afford to ignore reality and live in make-believe. In centuries past it was the luxury of the very few and very wealthy. Briefly, for a shining moment in history, all of the West could afford to be that stupid.

Why they don’t tell you about Hitler’s “Shrinking Markets” problem. (h/t Adrian)

While sane, responsible people are rightfully worried about what is still to come from Covid-19, it must be noted that the ardent disciples of the cult known as Radical Leftism appear to be having all of their most heartfelt wishes granted.

First, the economic growth we’ve all enjoyed is about to end, which is something that Bernie Sanders and AOC and Bill Maher and their ilk have been hoping would happen for some time now. But if that wasn’t enough, the reduced growth is certain to reduce carbon emissions. And for the cherry on top, all of the Leftists who have been screaming that we need to reduce the population are now about to have their wishes granted, with an estimated 0.25% – 3.0% of the world’s population about to die. With that population currently at about 7.7 Billion people, this equates to between 19.25 Million to 231 Million souls gone.

The Leftist Death Cult must be rejoicing!

I’m going to tear up my passport and identify as a Syrian.

Illegal border crossers and asylum claimants whose cases have not yet been heard in front of an immigration judge are in some cases being given 20 years of all-access to gold-plated healthcare services, the Sun has learned.

This provides access to every medical procedure available under the Canada Health Act, as well as full dental coverage and tax-payer funded prescription drugs, according to a medical assistant who is blowing the whistle on these exorbitant freebees.

The medical assistant, who spoke to the Sun on condition of anonymity and provided supporting documentation to back these claims, works at a medical clinic in York Region that takes patients covered by the Ontario Health Insurance Plan (OHIP). This one office in a town north of Toronto sees 30 to 40 migrants with 20-year permits each week, said the source.

According to the whistleblower, migrants walk into the clinic and provide a government-issued identification number. When the number is inputted into the OHIP computer system, it shows what services the person is qualified to receive.

Next up: Michael Moore (updated link)

Socialism flows in only one direction;

French police fired water cannon and tear gas at angry firefighters – some who set themselves on fire during demonstrations. Fire brigade unions are demanding better pay and conditions and organised the demonstration in the capital’s Place de la Republique to bring attention to their cause today. They want a pay rise of 25% arguing their work is made increasingly difficult due to staff cuts and attacks against them. Paris police said firefighters who tried to break down or scale fencing near the Nation area of the city were dispersed by water cannon.

The commissioner of the RCMP says that "enforcement is the last option." That is not a paraphrase – it's a direct quote from the chief law enforcement officer in Canada. https://t.co/ukXdkoOCHi

The liberalization of Canada’s justice system is now complete: it criminalizes the normal and normalizes the criminal.

Great Moments In Socialism: “He Talks About Giving Every American $1,000 a Month But Can’t Give His Own Campaign Staffers Severance”

IF… #Bernie doesn't win, there will be a massive outcry that the #IACaucus was rigged.

IF… #Bernie wins, he was denied a major prime time #Iowa victory speech.

Socialist Math: Sen. Bernie Sanders’s supporters angrily stormed out of a caucus here on Monday night, calling the process a “joke” and a “waste of time” after they started out with more than twice as much support as any other candidate, ending up in a five-way tie, with all viable candidates sharing one delegate apiece.

Can this ever be reversed:

American universities are morphing into Orwellian dystopias — tracking students’ movements, regulating faculty thought and actions to the totem of political correctness and molding young citizens to be comfortable with authoritarian state control.

The more self-important among my colleagues dream of students who never miss a single word of their wisdom and absorb it as gospel. By encouraging specific behavior — 100 percent attendance and extensive library time with email warnings for laziness and arbitrary adjustments to grades — faculty and administrators can use these tools to create Stepford Students. 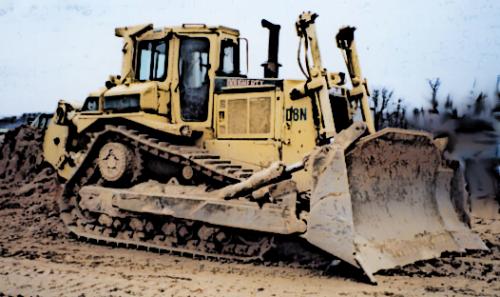 Watch, as the National Farmers Union throws agriculture under the bus in service of the climate agenda of their NDP masters.

A report released Wednesday by the National Farmers Union concludes that some elements of old-fashioned mixed farming combined with the latest technology can reduce greenhouse gas emissions and keep more farm families on the land.

“The climate crisis and the farm crisis really share many of the same causes,” said farmers union president Katie Ward, who raises about 100 head of sheep near Ottawa. […]

It says biofuels and electrification would cut emissions and costs — electric tractors are already being developed. On-farm renewable power generation would help. So would more efficient use of farm inputs, aided by technology.

But what really needs to happen is a move away from big-money, big-acreage, big-machine farming, the report concludes.

Related: This is the NFU’s Women’s Vice-President. 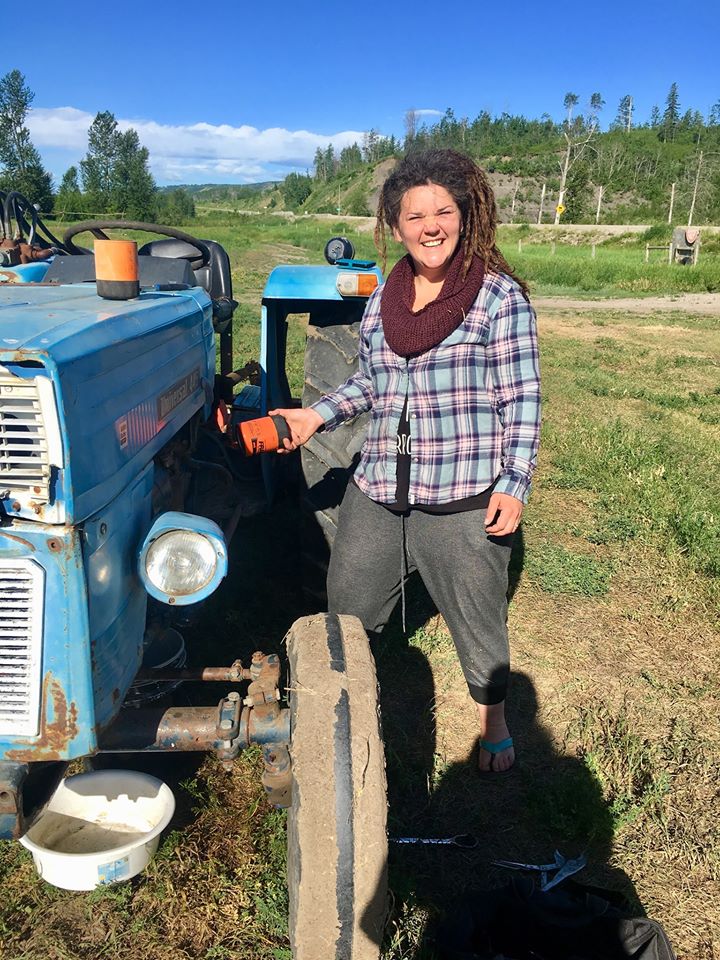 Who’s laughing now, Macron? – Authorities in Paris barricaded the presidential palace and deployed some 6,000 police as activists, many in yellow vests, gathered for a major march aimed at forcing President Emmanuel Macron to abandon his pension reform plans.