Since the ban on neonics, the UK area of oilseed rape has progressively fallen year on year.

What’s more, following an epidemic of cabbage stem flea beetle last year, many growers are choosing to move away from the crop [in 2020]— leaving some saying that the future of the crop is now at crisis point.

This was reflected in the recent AHDB Early Bird survey which revealed that the UK forecast area is down 32% on 2019, and could pose a real threat to production, explains Chloe Lockhart, combinable crops advisor at the NFU.

It pains me to write this letter. You are my “go to” grocery store. I really like your store, I buy groceries from you and I love that your roots are in the Midwest. But, lately, I have noticed that you are falling into the “marketing fear” that all us farmers dread.

In a press release, the DOJ said that one of the lead plaintiffs’ attorneys, Timothy Litzenburg, who helped land a $289-million hit job against Monsanto has been arrested for the attempted extortion of $200 million from another chemical company involved in the production of Roundup.

If the company (which the Wall Street Journal identified as Nouryon) did not cough up the money, Litzenburg would send in a “parade of horribles” (i.e., cancer patients) like he did to Monsanto, according to an affidavit. He also promised a “40 percent stock loss” and a “public relations nightmare.” But if Nouryon complied with his demand, then he would intentionally lose the case, just like the Black Sox in the 1919 World Series.

And, as it just so happens, Litzenburg has a buddy in Carey Gillam, a former journalist who left Reuters under troublesome circumstances (see image) and subsequently took a job with the anti-GMO activist organization U.S. Right to Know (USRTK). USRTK, a corporate front group that is primarily funded by the organic industry, routinely smears and spreads disinformation about biotech scientists.

Kevin Folta is a crop scientist fighting the good fight to protect and advance the ag science that actually feeds the world.

The problem is that we live in a time where malicious interests from inside and outside of the scientific community have targeted scientists, myself included. Universities run from controversy. They are forced into the sad decision of standing up for truth, versus backing down for pragmatic satisfaction of donors, politicians, and activists. Expedience demands that perception trump the mission, even at the cost of those we are charged to serve.

These realities have forced the university to retract me from public view. While silent, I am not out, and am planning the next move, the next chapter. The enemy is not the university or its leadership. The enemy is hunger and the threats to our farmers and environment, and the individuals that take an expert stand in fighting against science and scientists.

If you’d like to do him a small favour, go vote for his proposal. It’s currently at 177 votes.

Update: After checking the vote tallies on the other proposals, he appears to have a significant lead already. Maybe we shouldn’t slam it too hard or the count may look suspicious.

There was a simple way to prevent this: Burger King Sued by Vegans for Impossible Burger Contamination

Green Police: Missouri Farmer Is 5th to Get Prison Term for Organic Fraud

Dear Sask Roughriders, don’t you want me as a fan anymore?? 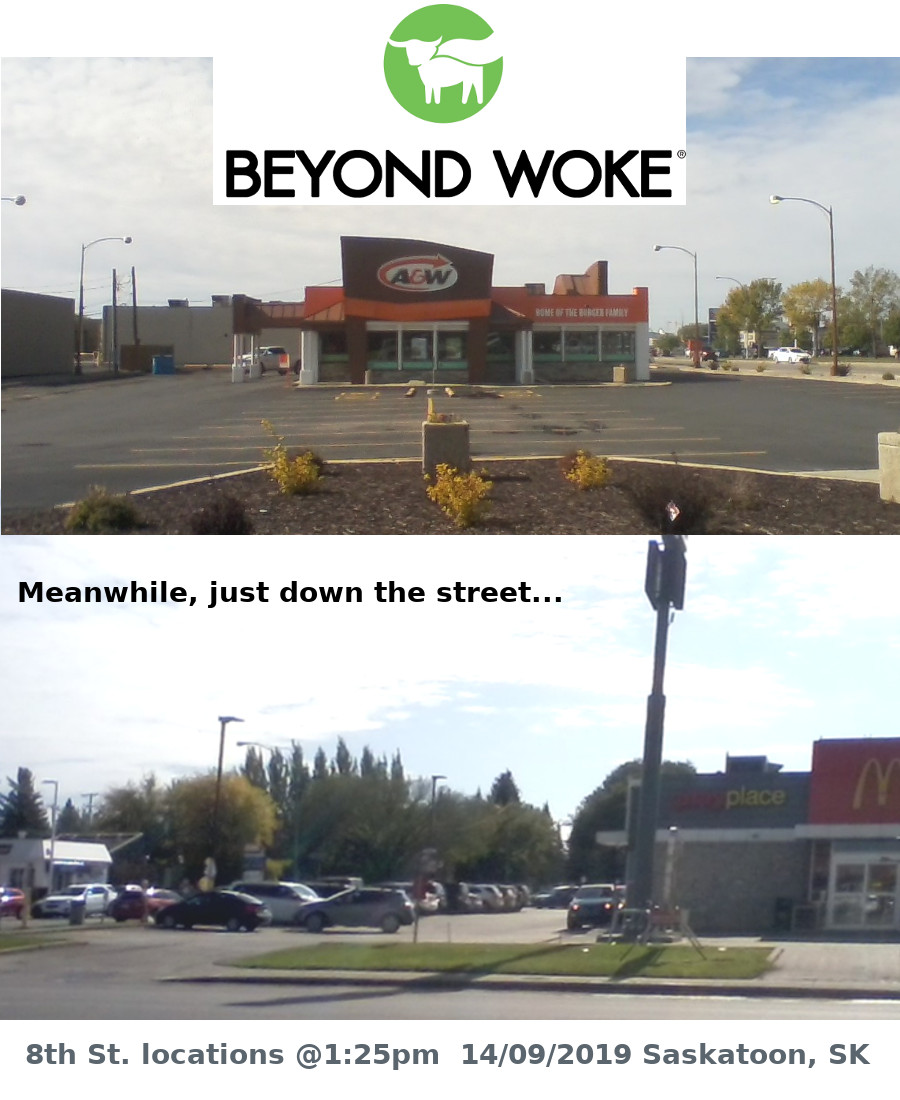 The antisemitic Congresswoman from Minnesota has a problem.

My God. Props to @bloisolson for sharing.

“Does anyone in the team have a relationship with Blois? Someone should probably reach out to talk off the record and shut it down with him AS WE DO WITH THE STRIB” [emphasis added]

Thread reader for the twitterless.

Which enzymes does it bind? Only one has been described in the literature, and it is not in human cells.

By banning pesticides and GMOs, the EU is sleepwalking into a food security crisis

Missouri farmer charged in organic fraud. But I repeat myself.

A Missouri farmer and businessman ripped off consumers nationwide by falsely marketing more than $140 million worth of corn, soybeans and wheat as certified organic grains, federal prosecutors said Wednesday.

The long-running fraud scheme outlined in court documents by prosecutors in Iowa is one of the largest uncovered in the fast-growing organic farming industry. The victims included food companies and their customers who paid higher prices because they thought they were buying grains that had been grown using environmentally sustainable practices.

They can pay higher prices or they can pay lower prices, but they’re not paying for “environmentally sustainable practices”.

In December 2016, the Sierra Club was out raising more money by sounding phony alarms about Trump appointees “denying the science” that supposedly links neonic pesticides to alleged bee declines […]  However, a few weeks ago, a Sierra Club blog post started singing a different tune:

“‘Save the bees’ is a rallying cry we’ve been hearing for years now…. But honeybees are at no risk of dying off. While diseases, parasites and other threats are certainly real problems for beekeepers, the total number of managed honeybees worldwide has risen 45% over the last half century. ‘Honeybees are not going to go extinct,’ says Scott Black, executive director of the Xerces Society. ‘We have more honeybee hives than we’ve ever had, and that’s simply because we manage honeybees. Conserving honeybees to save pollinators is like conserving chickens to save birds … [since] honeybees are not all that different from livestock.”

So, Never mind. Finally, after all these years, the Sierra Club (and Xerces Society) admit that honeybees are not going extinct. It would appear as well that neonic pesticides can’t be causing a honeybee apocalypse – because there isn’t one!

Adam Smith, the eighteenth century economist and philosopher, offered insights into human nature and economics that seem particularly relevant today. “People of the same trade seldom meet together, even for merriment and diversion, but the conversation ends in a conspiracy against the public, or in some contrivance to raise prices,” he wrote in The Wealth of Nations.
We’re seeing evidence of that in the current effort to discredit and diminish genetically engineered foods and to attack their defenders in the scientific community. The chief perpetrators of this black marketing campaign are lobbyists for the organic agriculture and “natural products” industries and their enablers.

The World Health Organization’s cancer agency says a common weedkiller is “probably carcinogenic.” The scientist leading that review knew of fresh data showing no cancer link – but he never mentioned it and the agency did not take it into account.

Read it all. Because you won’t hear about it elsewhere.
h/t nold

A large long-term study on the use of the big-selling weedkiller glyphosate by agricultural workers in the United States has found no firm link between exposure to the pesticide and cancer, scientists said on Thursday.
Published in the Journal of the National Cancer Institute (JNCI), the study found there was no association between glyphosate, the main ingredient in Monsanto’s popular herbicide RoundUp, “and any solid tumors or lymphoid malignancies overall, including non-Hogkin Lymphoma (NHL) and its subtypes”.