U.S. Attorney John Durham is investigating the handling of the FBI’s investigation of possible bribery and pay-to-play at the Clinton Foundation as part of his broader inquiry of the Trump-Russia investigators, according to a new report.

The New York Times reported Thursday that Durham “has sought documents and interviews about how federal law enforcement officials handled an investigation … into allegations of political corruption” at the Clinton Foundation, founded by former President Bill Clinton and former Secretary of State Hillary Clinton. Durham was picked by Attorney General William Barr in 2019 to investigate the origins and conduct of the Trump-Russia investigation, and the outlet said that “Durham’s team members have suggested to others that they are comparing the two investigations.” The article claimed that “it was not clear whether Mr. Durham’s investigators were similarly looking for violations in the Clinton Foundation investigation.”

And now, new Flynn documents. See the next post.

All is forgiven: Epstein Files Unsealed. 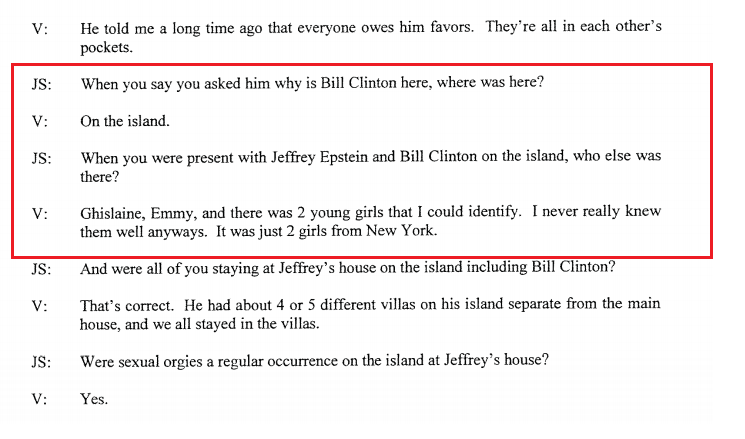 I suppose this is the end of #metoo.

Comey was director then…

You know he knew this.

Always ahead of the curve.

Scott Adams would call this “selling past the close” – Notice how the story, by itself, positions Bloomberg as presumptive nominee. Discussion of Bloomberg’s VP selection inherently implants a narrative that Bloomberg will be the nominee. Thus, this is the real motive for the story, and not the details within the story itself.

Tulsi Gabbard — staying one step ahead of the Clintons.

“Doctor, did I hear you correctly?”

According to a source, Cooper was involved in organizing the New York fundraiser for Trudeau’s re-election bid.

As Blacklock’s reported on Tuesday, the fundraising event for Liberal expatriates living in New York City was held on October 10 at an unknown address. While all political donations must be publicly disclosed, the deadline for reporting donors to Elections Canada is not until two months after the election.

Cooper is the notorious staffer who was responsible for setting up a private email for Clinton during her time as Secretary of State in the Obama Administration, which some say cost her the bid for the presidency. Clinton’s private server was registered to “Justin Cooper.”

According to reports at the time, Copper had “no security clearance and no particular expertise in safeguarding computers, according to three people briefed on the server setup.”

You will be gifted with an Easter Egg! 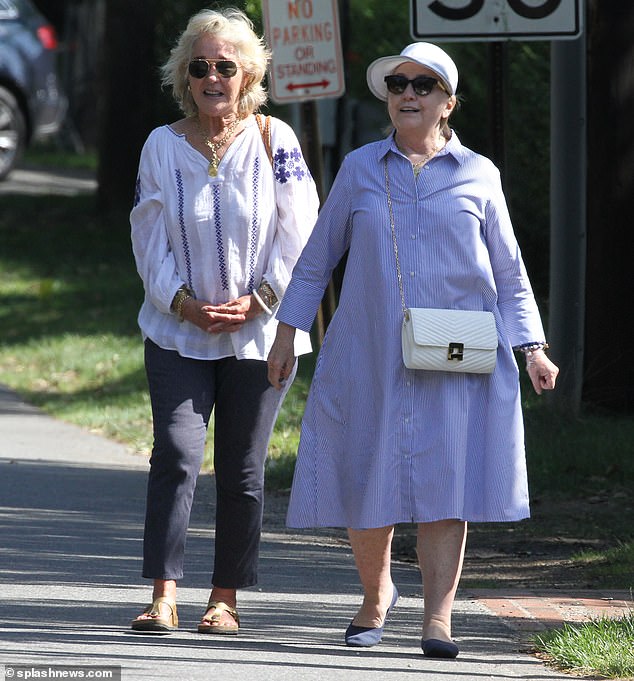 they must have been

to make a move

Related! I am willing to entertain your most insane conspiracy theories about Epstein’s death

More here and here: But Epstein’s status was changed sometime in the last two weeks for reasons that remain unknown…

Dinesh D’Souza got jail time for [this], and he wasn’t using sex slaves.

After it claimed no such document existed, the Justice Department just unearthed a letter Matt Whitaker delivered to the Utah U.S. attorney directing a review of how the department handled the Clinton Foundation and the Uranium One issues.

Then-Attorney General Jeff Sessions wrote the letter on Nov. 22, 2017 for Utah U.S. Attorney John Huber. Matt Whitaker, who was Sessions’ chief of staff at the time, emailed the letter to Huber that day, writing, “As we discussed.” He also sent Huber a copy of a letter the Justice Department’s Congressional affairs chief sent to the chairman of the House Judiciary Committee on Nov. 13 of that year.

The existence of a letter documenting Sessions’ directive that the DOJ revisit probes of Trump’s top political foe is a surprise because a department lawyer said in court last year that senior officials insisted it didn’t exist. The liberal nonprofit American Oversight obtained the letter through a Freedom of Information Act (FOIA) request they filed on Nov. 22, 2017––the same day Whitaker emailed Sessions’ letter to Huber.

It depends on what the meaning of the word “not” is.

As more of the secret evidence used to justify the Russia probe becomes public, an increasingly dark portrait of the FBI’s conduct emerges.

The bureau, under a Democratic-controlled Justice Department, sought a warrant to spy on the duly nominated GOP candidate for president in the final weeks of the 2016 election, based on evidence that was generated under a contract paid by his political opponent.

That evidence, the Steele dossier, was not fully vetted by the bureau and was deemed unverified months after the warrant was issued.

At least one news article was used in the FISA warrant to bolster the dossier as independent corroboration when, it fact, it was traced to a news organization that had been in contact with Steele, creating a high likelihood it was circular-intelligence reporting.

And the entire warrant, the FBI’s own text message shows, was being rushed to approval by two agents who hated Trump and stated in their own texts that they wanted to “stop” the Republican from becoming president.

If ever there were grounds to investigate the investigators, these facts provide the justification.

The author and academic discusses 2020, Trump and Jordan Peterson

(Updated: original link went down, I’ve replaced it with the NYT page, but it may not work for everyone.)