More flipping than a trawler full of herring. 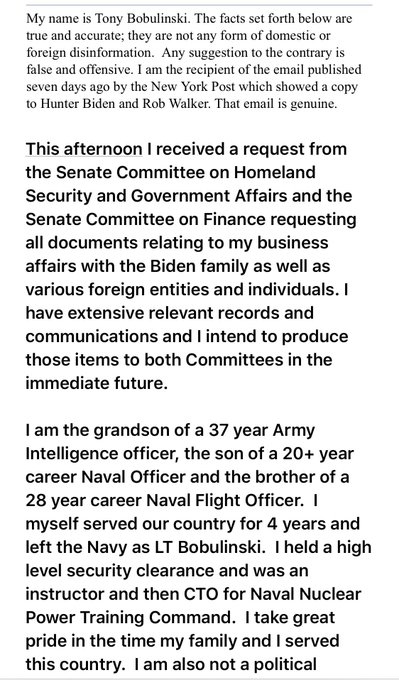 (Clicking the image will take you to John Roberts tweet with the remaining text).

May 20, 2017 text exchange obtained by #FoxNews – Tony Bobulinski is warned by business partner James Gilliar "Don't mention Joe being involved, it's only when u are face to face, I know u know that but they are paranoid", which I'm told is a reference to Joe Biden. pic.twitter.com/TB0UlEfOg0

The FBI’s subpoena of a laptop and hard drive purportedly belonging to Hunter Biden came in connection with a money laundering investigation in late 2019, according to documents obtained by Fox News and verified by multiple federal law enforcement officials who reviewed them.

It is unclear, at this point, whether the investigation is ongoing or if it was directly related to Hunter Biden. 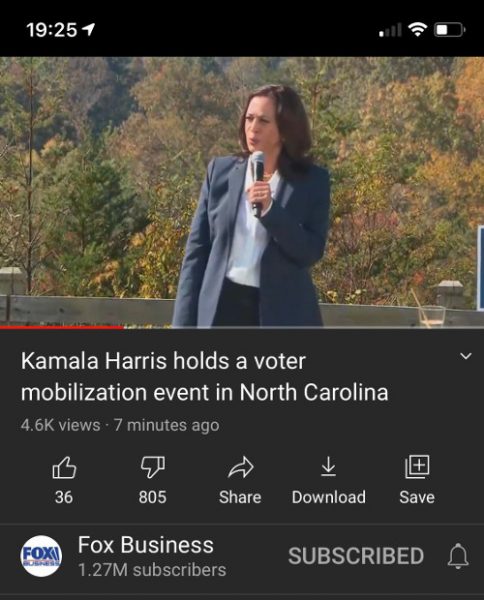 BREAKING: @RudyGiuliani announces he has turned over Hunter Biden hard drive to Delaware State Police due to pictures of underage girls and inappropriate text messages

Also: Hunter Biden associate Bevan Cooney reportedly has been walked out of federal facility where he is serving time. Cooney recently released 26,000 emails on past dealings.

The FBI and DOJ have told a Fox News producer that they do not believe that Hunter Biden’s laptop and its contents are part of a Russian disinformation campaign. This means the intelligence community concurs with DNI Ratcliffe on the matter. Further, a federal law enforcement officer revealed to Fox News’ Martha McCallum that Biden’s emails are “authentic.”

Update: The MSM wall around this story is cracking.

SO USA TODAY DIDN’T WANT TO RUN MY HUNTER BIDEN COLUMN THIS WEEK. My regular editor is on vacation, and I guess everyone else was afraid to touch it. — Glenn Reynolds

I wasn’t advising them — they tend not to ask me for my opinion — but I would have advised against such a blackout. There’s a longstanding Internet term called “the Streisand effect,” going back to when Barbara Streisand demanded that people stop sharing pictures of her beach house. Unsurprisingly, the result was a massive increase in the number of people posting pictures of her beach house. The Big Tech Blackout produced the same result: Now even people who didn’t care so much about Hunter Biden’s racket nonetheless became angry, and started talking about the story.

An Antifa counter-protester in San Francisco knocked out the front teeth of a black man who organized the Free Speech Rally and Protest on Saturday. People in the crowd can be heard yelling racial slurs at the man.

Shortly before a Free Speech Rally and Protest in San Francisco, event organizer Philip Anderson can be seen in a video tweeted by Chester Belloc helping a white man walk through an angry counter-protest filled with Antifa anarchists. As they walk through the crowd, a man wearing all black (black bloc) comes up from behind Anderson and punches him in the face.

Uodate: Hey Joe, do you still think Antifa is just an “idea”???

Joe Biden, do you still think that Antifa is “just an idea” ? pic.twitter.com/UECmU39Tx6

If you know someones Name & Date of Birth, you can change their vote. pic.twitter.com/v892mckpK6 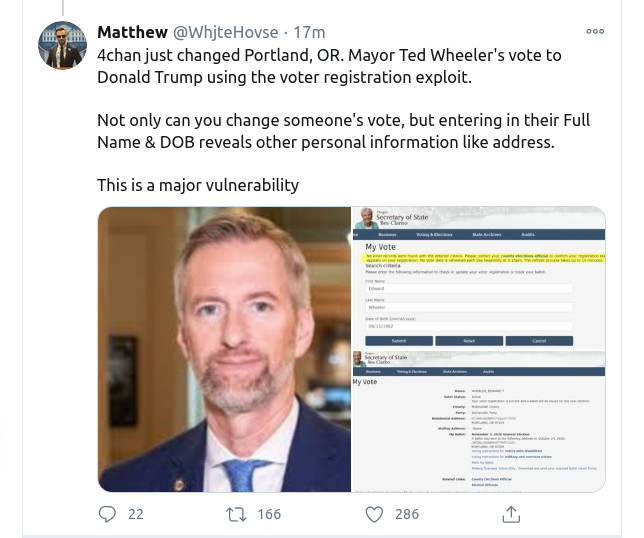 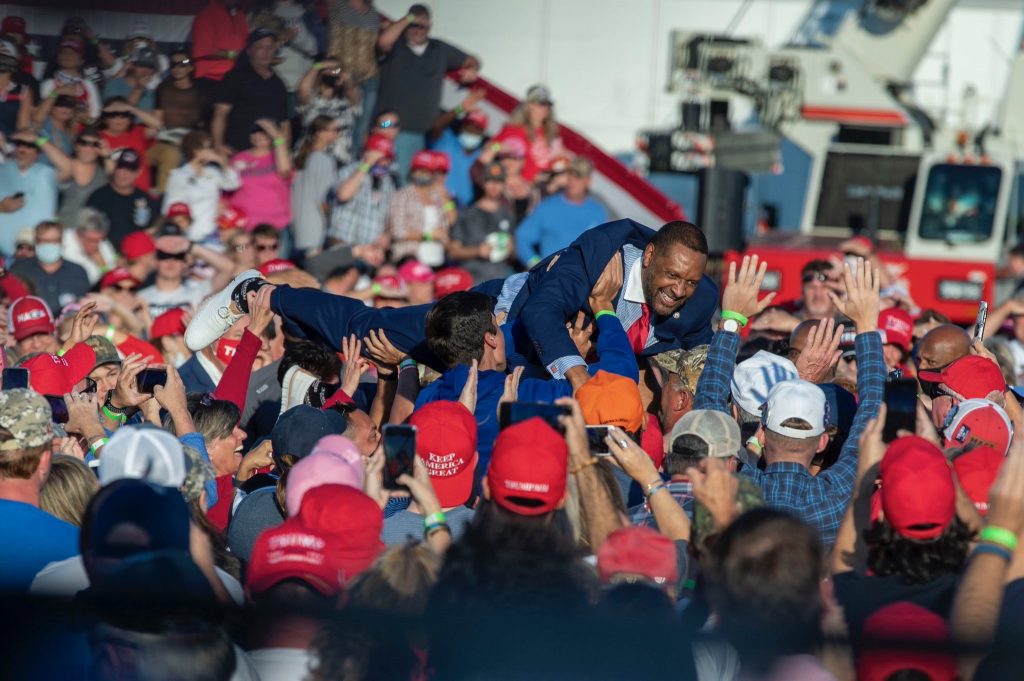