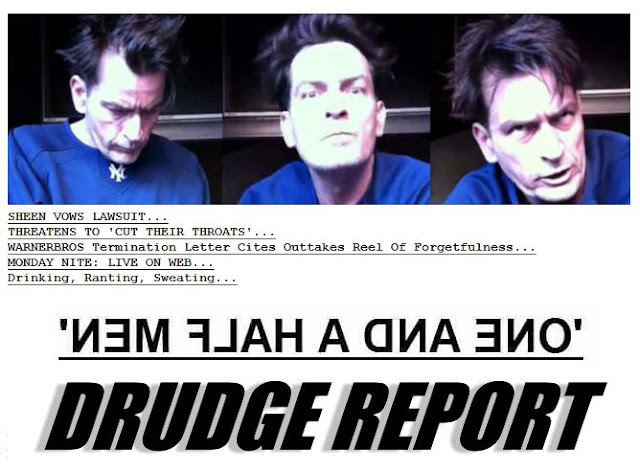 END_OF_DOCUMENT_TOKEN_TO_BE_REPLACED

Perhaps the CBC can hire her as a consultant!

The American government just recorded their largest monthly budget deficit ever, at $223 Billion in February. Neither party seems serious about cutting it.
Is this what it feels like when a car is racing towards the end of a cliff and both the driver and the passenger have their feet on the gas pedal?

When the recent earthquake in Christchurch, NZ occurred I immediately contacted a friend of mine whose husband is a Kiwi and still has lots of family down there. At the tail end of our conversation she reminded me of the earthquake that occurred 10 years ago on the West Coast of North America.
The Nisqually Earthquake hit at 10:54am on Feb. 28, 2001. In the minutes before I happened to be in my 12th Floor Vancouver apartment, talking on the phone with one of my colleagues, who was over at our office in Victoria. The shock wave hit there first so I had about 10 seconds to prepare before it arrived in Vancouver. That was the LONGEST 10 SECONDS of my life!!!
Here are some more personal stories from that day, here is what it looked like inside of Microsoft in Redmond, WA when the quake hit, and here’s a fairly comprehensive video about the event and its after effects.
If you’ve ever been in the midst of a large scale natural event, please do share your story!

Leftist Vancouver politician Kerry Jang, and his family, have been the victims of threatening phone calls from “progressive” social-housing activists.

Nevada prostitutes think Harry Reid is a very, very naughty boy. He has suddenly, and unexpectedly decided that prostitution, which has been legal in assorted parts of Nevada since the 1970’s, should now be outlawed. At the time of this writing there is no word whether any Nevada prostitutes aim on personally disciplining Senator Reid. 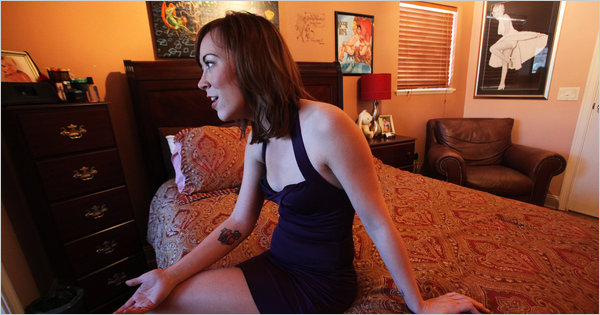 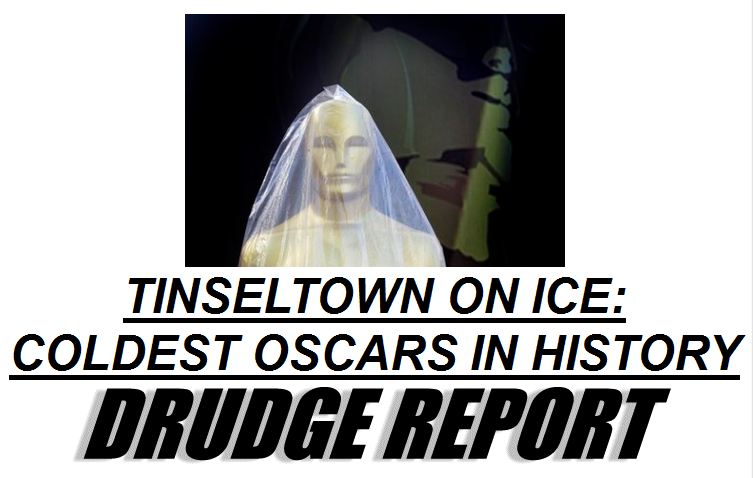 Though the irony would have been delightful!
P.S. Not directly related but for those interested, here’s an interesting article subtitled “Building an Oscars Broadcast“.

The United Nations appears to be a little schizophrenic:
November 9, 2010: UN Human Rights Council praises Libya
February 27, 2011: UN Security Council votes to sanction Libya
A bit odd, no? Clearly a “professional”, “competent” organization like the United Nations must have properly vetted Libya in the first place?!?

Later today the new premier of British Columbia will be decided via an internal election of the BC Liberal Party. You can follow live coverage of the event on CKNW. This video from Michael Coren’s show, courteously uploaded by Matt from Mississauga, is focused on recent happenings in America. Carefully listen to Toronto Newstalk 1010’s Britt Aharoni and you will hear a deep seated antipathy, if not hatred, for U.S. conservatives and libertarians, that rivals another Big Smoke “journalist” named Heather Mallick. Ms. Aharoni is completely blind to anything untoward that might possibly come out of the mouths of someone on the Left side of the political spectrum.
Do you think Bob Rae’s recent comment about Jihadists working in PM Harper’s office offended her? Unlikely. Do you think Mass. Representative Mike Capuano’s recent calls for violence against Tea Party members gave her pause for thought? Unlikely. Do you think that the campaign of vilification against Jews raged by the man to her right, the despicable Sid Ryan, has kept her awake at night? Unlikely.
Ms. Aharoni is typical of the vast majority of members of Canada’s Mainstream Media who deem themselves to be “liberals”. In their newsrooms, cocktail parties, and other bubble chambers they repeatedly tell each other how righteous and free thinking and unbiased they are. The reality is far, far afield from such group think delusions. This is a huge reason why an ever increasing number of Canadians feel alienated from them and no longer take them seriously.
As 2011 unfolds and a possible federal election campaign transpires, keep very clear in your mind that Britt Aharoni and other close-minded clones like her are the ones filtering the “news” you’ll be getting from Canada’s MSM. The Truth Is Out There but it sure ain’t comin’ from them!

A Windsor, Ontario radio station is conducting a new poll:

Wisconsin is moving to strip the state’s public employees of collective bargaining rights. Do you support the move?

Feel free to cast your vote here. Then click on “News Poll” on the left, near the middle.

Rumour has it that Barack Obama is petitioning the International Olympic Committee (IOC) to introduce a new event: The Out of State Dash!

Michelle Malkin has much more. But remember, if you don’t support the “progressive” agenda then you are “the scum of the earth“!
Here’s a related and fact rich podcast from WABC’s Aaron Klein, especially the segment beginning at 51:00.

A friend of a friend posted the following on Facebook:

END_OF_DOCUMENT_TOKEN_TO_BE_REPLACED

While watching this I kept thinking of the real message these folks were sending out: “C’mon you selfish private sector workers, support us so we can retire at 55 52* with full benefits. Don’t worry though, we’ll show you moral support while you keep workin’ til 75 to pay for us!”
Update: In a related video, Steven Crowder shares his thoughts!

One of my personal heroes, Mark Steyn, discusses current events with Boston talk show host, Michael Graham. Enjoy every second of it!
Update: Steyn’s Snapshots of the Republic – aka Proud Moments of the Modern Left  🙁

PBS talk show host, Tavis Smiley, recently appeared on Bill Maher’s show. An interesting discussion ensued between these two Men of the Left about Cultural Relativism.
Cultural Relativism is one of the prime tenets of Multiculturalism, which is under attack in Europe these days. In a nutshell, belief in it means that you may not criticize or look down upon any other culture. Whether it be the repression of women or female genital mutilation or the execution of homosexuals (for just being gay), an adherent to Cultural Relativism will not criticize any of these things and considers anyone who does a bigot & a racist.
While Bill Maher is most certainly a Man of the Left, he is absolutely not a Cultural Relativist, but Tavis Smiley is, big time. Here’s an outline of Smiley and his views:

Smiley’s positions epitomize what happens when one mixes the tenets of moral and cultural relativism, cultural self-hate, postmodernism, and political correctness. I have often argued that tolerance toward any form of intolerance is self-inflicted barbarism. Bill Maher captured my position quite well on his most recent show when he stated, “When you tolerate intolerance, you’re not really being a liberal.”

Though I could not find a video of this exchange, comedian Adam Carolla obliterates Smiley in this podcast, beginning at 10:30. Language warning!
On a personal note, I must admit that I was not aware of this division of opinion amongst Leftists on this issue. Perhaps it serves as a good litmus test to determine if a person is Centre Left or Far Left. The former is home to the likes of Terry Glavin, Michael Ignatieff, Joe Clark, etc. The latter is home to Jack Layton, everyone in the Green Party, all SDA trolls, etc.

With apologies to all poetry purists:
Lizzie May sat behind a green wall,
When a big truck caused it to fall.
Onto her head the wall did fall down,
Which caused Lizzie May a great big frown.
The socialist doctors did their very best,
Albeit after two weeks of helping all the rest.
They fixed her head as best they could tell,
But clearly Lizzie May is not at all well.
Like you, I never heard any report about Lizzie May being in her office when the truck hit it, but then how do you explain this?

Christiane Amanpour: So, George, Wisconsin. Is this the sort of battle that we’re going to see shaping up around the country? Is this really the sort of political and philosophical debate that’s going on right now about what these cuts are going to mean?
George Will: It would have been even if the president hadn’t intervened. But in the span of three days, Christiane, he first submits a budget that would increase the federal deficit and, two days later, he mobilizes his party, his own political machine, and organized labor, which is an appendage to his party, to sabotage Wisconsin’s attempt to do what he will not do, which is deal with the insolvency of their government. In doing so, he has set the stage for 2012 by saying the Democratic Party is the party of government, not just in having an exaggerated view of the scope and competence of government, but because its base is in public employees.
h/t Fred

Dave in Pa originally posted this in the comments of an earlier posting but it very much deserves to be published again here.
The following comes from a fellow in Wisconsin named Tim. He posted it at the Wisconsin Education Association Council (aka Wisconsin Teachers Union) website. Tim is not a teacher, is employed in the private sector, and is one of the taxpayers who has to pay the teachers. What he says is a breath of reality and, I’m sure, not at all welcome by these entitled-to-their-entitlements protesting teachers and their union:
Tim 2/14/2011
It is really troubling to see what many of you are writing.
I am a private sector employee, lucky to have my job and to be able to feed, clothe and house my wife and four kids – all of which attend a public school. I have a modest income of $50,000 per year gross. Out of this income, I pay 100% of my insurance premiums for my $10,500 family deductible health insurance plan. I have no 401k and pensions haven’t existed in my private sector industry for 25+ years. Like many of my coworkers, I have not seen a raise in the past several annual reviews. My company’s revenues are down, and we middle class workers share in the down cycle.
My wife and I love the commitment of our kid’s school teachers. We help and support them any way we can. But it is so difficult to hear the arguments and disdain against our family by all of you teachers.
WHO ARE YOU UNIONIZED AGAINST?
Do you think you are organized against Scott Walker? Really?