On Wednesday, employees of KIRO Newsradio captured a shocking example of this new [no pursuit] policy in action when they recorded a driver of a stolen vehicle casually driving away from several police officers who had surrounded the car with their weapons drawn.

The incident happened directly outside their studio in downtown Seattle.

Like a child who’s about to touch the stovetop for the first time, NBC Nightly News was in for a rude awakening Thursday night as they discovered that the Defund the Police movement they supported actually harmed the liberal stronghold of Burlington, Vermont. Correspondent Stephanie Gosk was shocked to discover the “unintended consequences” of cutting the police department’s budget by 30 percent, leaving people feeling unsafe.

Related: Huge majorities of Republicans, Democrats and Independents say the U.S. media is biased and its main goal is to advance its own agenda 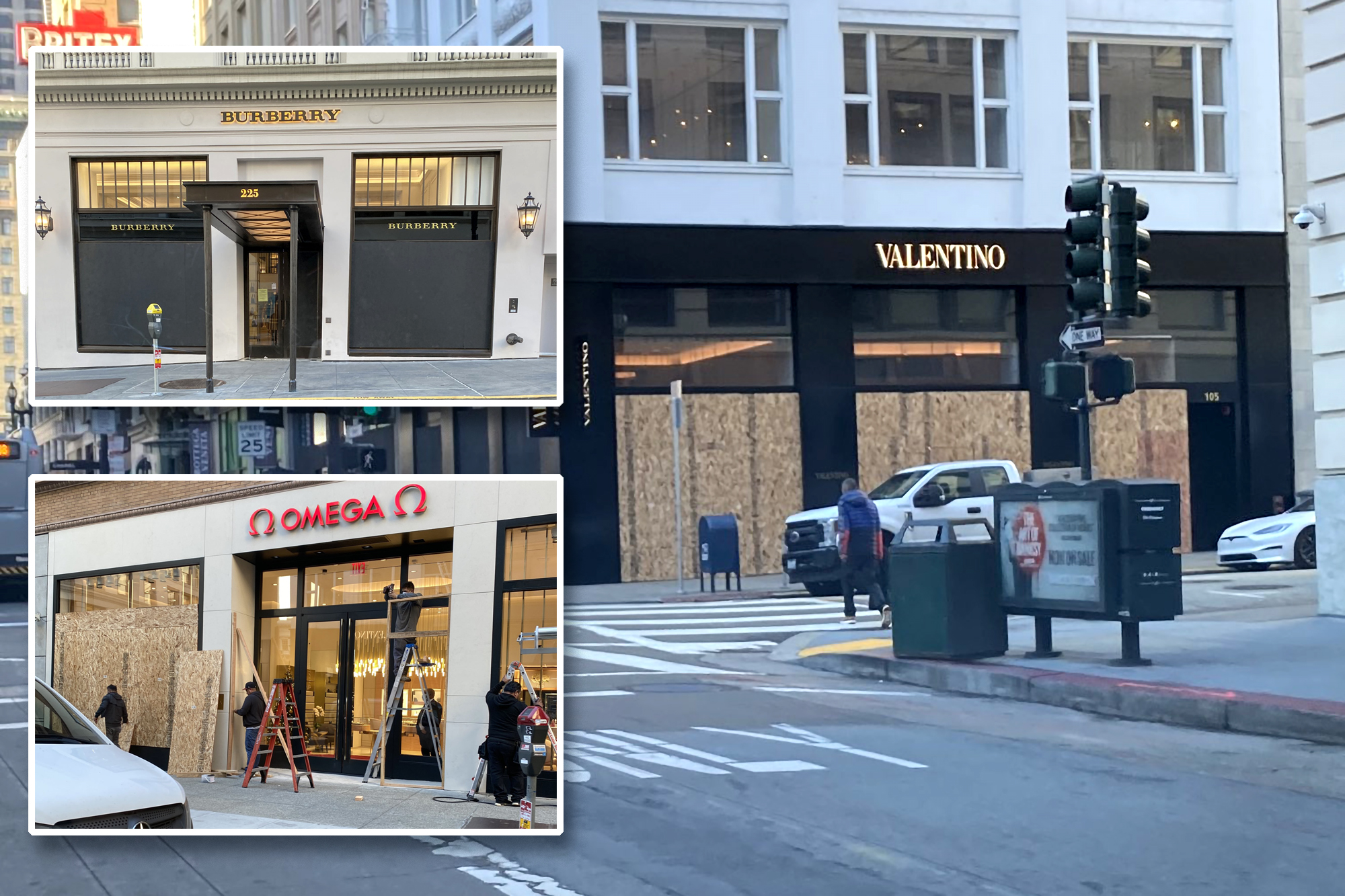 Irene Byon, implicated in instructing a reported to follow the Jury Bus has nuked her Linkedin 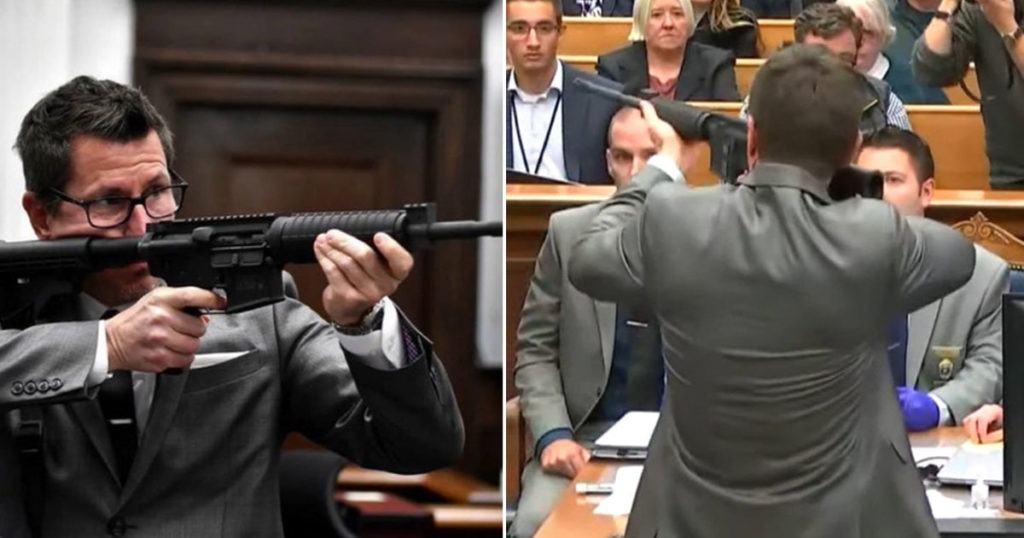 This is CNN: Jeffrey Toobin, who masturbated in front of his coworkers on a Zoom call, accuses Kyle Rittenhouse of being an idiot

The package of laws, which were signed into law two months ago, went into effect on Sunday. Police are still confused about how to handle certain crimes, but one thing’s clear: Criminals will be held less accountable.

The confusing and sometimes conflicting changes in the law, nearly a dozen in all, mean that cops throughout Washington state may not respond at all to help in cases where they only have a reasonable suspicion that someone committed a crime.

The new laws state that police must have a higher standard — probable cause — to arrest or detain a suspected bad guy instead of using their spidey senses, reading the situation, and putting 2 and 2 together at a crime scene. They basically will need an eyewitness or to see the crimes themselves in order to detain a suspect.

They can’t use “physical force” to detain someone, according to the confusing new laws, which were mostly written by a freshman Democrat legislator.

What does that mean? Sorry, the lawmakers didn’t explain that.

The police who haven’t yet left, that is. Also known as “the stupid ones”.

The Rapid Response Team, a unit within the Portland police department, voted unanimously to resign on Wednesday during a meeting with the police union. This follows the criminal indictment of an officer for assault stemming from a riot in August 2020, sources within the police bureau told The Post Millennial.

Officer Corey Budworth was on the Rapid Response Team, a group police officers that volunteer for the post, and are deployed to respond to riots, civil unrest, and demonstrations in Portland. Budworth was indicted and charged with one count of fourth degree assault, a misdemeanor by Multnomah District Attorney Mike Schmidt’s office on Tuesday.

On the night of August 18, 2020, Antifa militants threw a Molotov cocktail into the County Sheriff’s Department Headquarters as the Rapid Response Team struggled to contain the riot.

In a statement released after the indictment, Schmidt said “In this case, we allege that no legal justification existed for Officer Budworth’s deployment of force, and that the deployment of force was legally excessive under the circumstances.”

“Now that the riot team is no more, we have no clue what’s going to happen. We don’t have enough patrol officers to be pulled from the road to handle huge crowds,” a Portland police officer said. “We are only backups with no gear like the riot team has.”

This is ahead of massive demonstrations and protests that are planned for this upcoming weekend.

The ones who remain are fools: Nearly 200 Minneapolis Police Officers Have Retired Since George Floyd Killing

The Saskatoon Police Service needs your help. They think we’ve forgotten about their ‘stand down’ orders for George Floyd parades and rail blockades.

(Stan is on to something in the comments — #25 does look like Charlie Clark.) 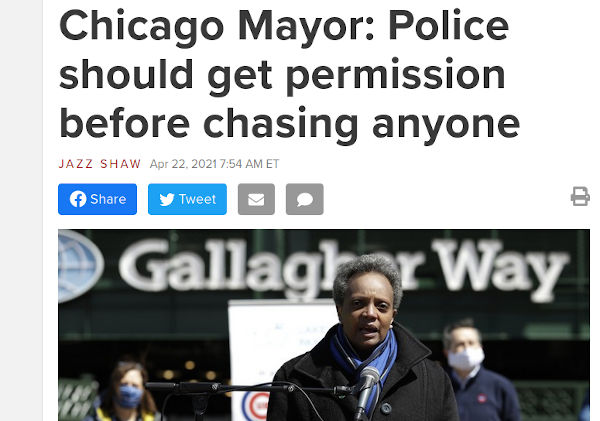 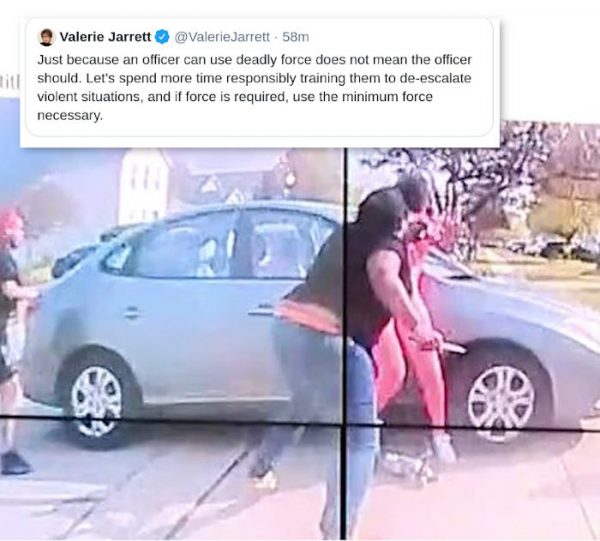 The mob does not care. The mob wants results. The jury was not sequestered until deliberations began. Anyone paying attention had to have heard of this Santa Rosa vandalism, or Maxine Waters trying her best to induce a mistrial. There was very little hope that the jury would have the spine to stand up and fairly examine the evidence presented at trial. If they wanted to leave, and live their lives, then all they had to do was toss one man to the mob.

And even if they didn’t hear Joe Biden’s comments or Ilhan Omar’s comments, they certainly knew the sentiments existed. If there was a single holdout in that jury room, all the other jurors had to say was “do you want your house burned down?”

Do as we say or we will watch you burn.

Above the law? Joe Biden is a human obscenity. 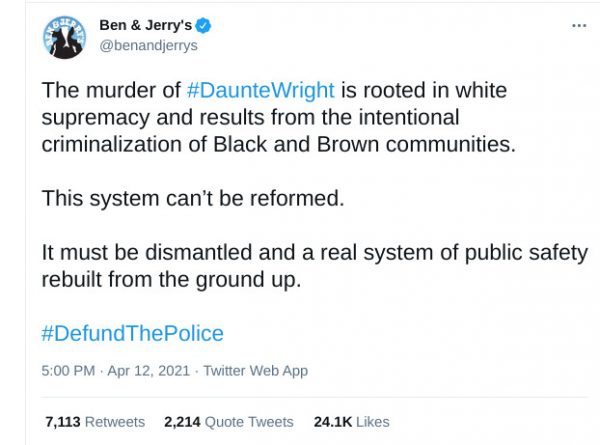 A hanging, followed by a fair trial: City Manager Fired for Saying Cop Entitled to Due Process

They got the government they voted for;

Contemplating the 266 shootings and 25 homicides in just the first three months of this year, Antoinette Edwards was struggling to understand how Portland city commissioners could oppose the mayor’s proposal to restart a Portland Police gun-violence team.

What more do commissioners need to know to understand the trauma neighbors feel about repeated shootings on their street, Edwards, who headed the city’s office of violence prevention for 10 years, asked at a Thursday press conference. What daily data report can bring the reality of the threat home to commissioners? How many more loved ones need to die before commissioners match the urgency of this crisis with courageous action of their own?