If it wasn’t for fake hate, there’d be no hate at all.

Not even 24 hours after MAGA grifter Charlie Kirk tweeted homophobic lies about me, I received this threat repeating one of his lies.

But that was the point: Riling people up against me & other LGBTQ people.

Words have consequences & Twitter is becoming a cesspool for this crap pic.twitter.com/gTn4tHkfg0

Media is not covering Ukraine anymore because of this crisis.

The public defenders for the suspect in the mass shooting at a Colorado Springs LGBTQ nightclub that killed five people said in a Tuesday night court filing obtained by the New York Times that their client is non-binary and they use they/them pronouns.

One of the saddest things about this entire tragedy is how CNN, MSNBC, and the rest spent days misgendering the perpetrator. Remember, that’s violence too.

They would never lie to you.

Former Chief Sloly states the level of “misinformation and disinformation” coming from mainstream media was “off the charts.” Says it eroded public trust in the police force.

MSNBC tries to push the January 6th scam on a focus group and they are not having their nonsense pic.twitter.com/DAIjuYRPen

My ex and the Clintons

It was on Monday that The New York Times ran an article claiming that “election deniers” had made Konnech the center of a “conspiracy theory.” The article claimed that these “election deniers” had used “threadbare evidence” to suggest that Konnech “had secret ties to the Chinese Communist Party and had given the Chinese government back door access to personal data about two million poll workers in the United States.”

The Times claimed that these allegations against Konnech “demonstrate how far-right election deniers are also giving more attention to new and more secondary companies and groups.”

On Tuesday, the Times had to write that Yu had been arrested, and that data collected by Konnech had indeed been stored on servers in China. True the Vote, an election integrity not-for-profit, stated that they were able to download the personal information of some 1.8 million poll workers from Konnech servers in China. True the Vote passed this information on to the FBI.

At least that is what the media wants us to believe.

Climate change causing a rash of potholes? Who knew? Gas taxes being siphoned off into general revenue for cash-strapped provincial governments has nothing to do with the sorry state of Canadian roads, right? All that’s missing from this article is the advocacy of high speed rail.

“We need to look at the roads to last, because there is no magic pot of money that is going to give us hundreds of millions of dollars for road rehabilitation,” said Steve Goodman, an Ottawa-based pavement expert with Gemtec Consulting Engineers and Scientists Ltd. “The funding deficit is not a couple million dollars — or even a couple hundred million dollars — it is in the billions.”

Excellent podcast here. Glavin does a terrific job of putting everything in both the historical and current context.

Quillette- Canada’s Unmarked Graves, How the Media Got It Wrong

Quillette podcast host Jonathan Kay talks to National Post reporter Terry Glavin about the blockbuster 2021 claim that hundreds of murdered Indigenous children had been found in unmarked graves, the process by which that story began to unravel in the year that followed, and what the whole spectacle tells us about Canada’s intellectual class.

CBC- My dad denies what colonization stole from us

Jillian Sunderland wants to embrace her Bajan roots, but her dad seems intent to hold onto the British traditions he grew up with before Barbados gained independence. 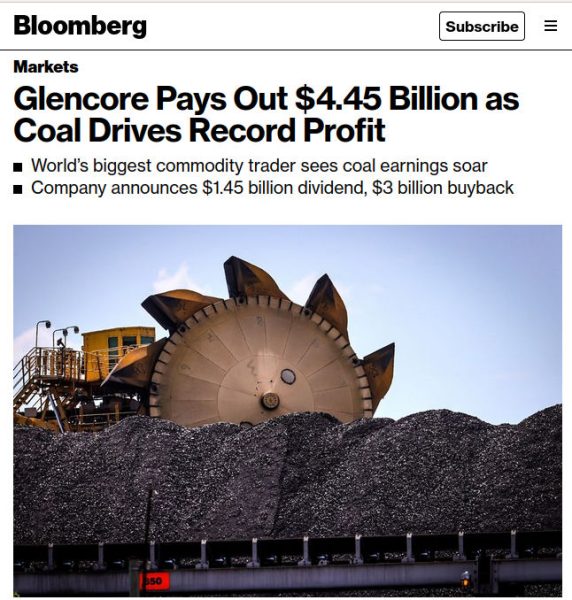 The director of the controversial new movie about Alex Jones on media blindness, misleading labels, and America’s mental health crisis.

Alex Moyer has now made two movies in a row, TFW No GF and Alex’s War, that sound too much like journalism for today’s media. Even though most reviewers seemed to know exactly what they thought about both subjects before they even saw the films, Moyer was criticized for not planting enough signs telling them — and audiences — what to think about disaffected loner men, or InfoWars villain Alex Jones. The Guardian review of TFW No GF was typical, saying the film:

Exactly two years ago, this incompetent @bankofcanada apparatchik was encouraging Canadian families, businesses, and the government to borrow and spend. He printed $400B to fund Trudeau’s deficits. Now we’re paying the price with skyrocketing inflation and a looming recession. https://t.co/2STmRRw2FX

In France the populist right and the populist left just banded together to successfully defeat a Covid travel passport.

Marine Le Pen's National Rally and Jean-Luc Melenchon's La France Insoumise can be seen celebrating together in the National Assembly.pic.twitter.com/lGQDSANszh