Dan Wootton explains how New Zealand has turned into a police state.

In other news regarding police states. Bill Gates praises China.

The amount of money spent on public health care is essentially the same in each country. Yet international studies show that Germany has more physicians, more specialists, and many more acute care and psychiatric beds. It far surpasses Canada in its inventory of diagnostic equipment (CT, MRI, and PET scanners) and just one per cent of its population waits more than four weeks to see a specialist, compared to 17 per cent in Canada.

Its well past time to start culling the herd.

Leftist women sure can get nasty. Screams at anti-mandate protestors.

Who would mandate the size of diced potatoes? 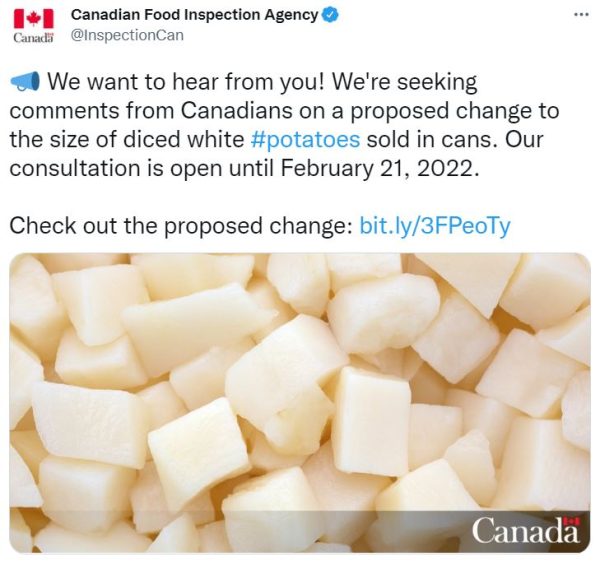 We really love ourselves but for some reason everyone else hates us.

If the Bank of Canada follows through on raising the prime rate all the way to 2% within the year, the economic fireworks will make the pandemic seem like a picnic in the park.

Perrault thinks inflation, which accelerated to its fastest pace in more than 30 years in December , will force the central bank to raise its benchmark rate to two per cent by the end of the year from 0.25 per cent currently.

Suppose a manufacturer has a long term loan up for renewal at the end of the year, a loan that it is now paying 2% interest on, for a business plan with a return of 4%. What will be the effect on that company’s business plan when it finds the cost of borrowing suddenly 8% or higher? If anyone thinks supply chain issues are a problem now, just wait until a bunch of those suppliers are bankrupted.

My guess is that they won’t get past half a percent before the financial markets crater. The economy is teetering on a very thin knife edge right now.

I want a new country.

“We acknowledge the suffering. We acknowledge the waits,” said Dr. Ed Buchel, the provincial surgery lead for Manitoba Shared Health, adding there was no option to send patients elsewhere in Canada because every province is struggling to meet the health-care demands of the Omicron surge.

The popular scapegoat for over a year now  has been the unjabbed. But as can be clearly seen, Manitoba is one of the most jabbed places in the world. Back in the beginning of December when they still reported such things it became apparent that the double and triple jabbed were clogging up the system. Quebec who still makes the numbers public confirms this is what’s going on. 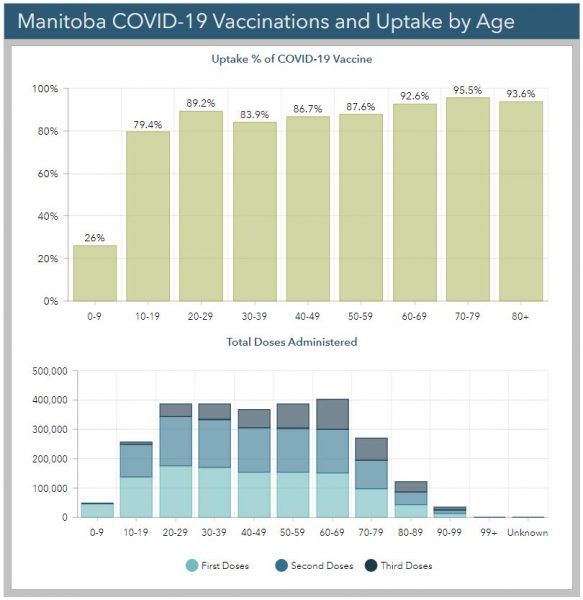 Nothing “they” said would work has worked. Its well past time to get rid of the useless masks, the ridiculous mandates and the stupid passport to nowhere system. While they’re at it the multi-millionaire, laptop class administrators in charge of the whole mess should be thrown out on their ears without the golden parachutes they didn’t earn. 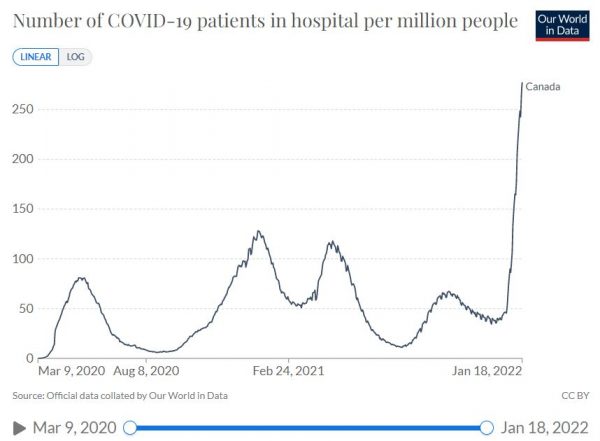 Seems a lot of people are willing to punish their neighbours on Turtle Island, over the China virus. This includes taking away their guns. We don’t worry about that here in Justin’s Canada. He is busy making sure we don’t have guns.

And Canada is no different.  One in four support jail time for the unvaccinated.

We must have a carbon tax, they said. What could possibly go wrong?

“Despite the dedication and best efforts over many years, Canadian-based operations do not fit within Schneider’s long-term strategic focus. This decision was difficult. The change will affect all 150 Canadian-based associates and drivers. We are working with associates during the transition. Company trucks and equipment will transfer to our U.S.-based network to continue to serve our customers and as we proceed with the sale of the Guelph, Ont., property. We expect Schneider will no longer have Canadian-based operations by the end of March. We have notified all our Canadian associates and will remain in regular communication with them over the coming months.”

Now they tell them: The Bank of Canada warns carbon taxes will cut into workers’ income and hinder economic growth for decades.

In somewhat related news, Microsoft will help you become Woke.

And Hollywood continues to commit suicide. The Woke Harry Potter.

Update: Canada and conversion therapy in the news again.

According to a new report from Transport & Environment (T&E) titled “Climate Impacts of Exemptions to EU’s Shipping Proposals: Arbitrary exemptions undermine integrity of shipping laws”, more than half of Europe’s ships would be exempt from the European Commission’s carbon pricing plan for the sector. Among them: highly polluting if extremely desirable – for the Monte Carlo set yachts.

More from Terry Etam: Private jet/yacht emissions are totally fine, the rest of you can go cuddle your cats to stay warm

Update:  More on the emails regarding the Wuhan lab.

The $ amount is yet to be determined, but will be "significant".

"There are consequences on our healthcare network and it's not up to all Quebeckers to pay for this."

We are pushing the complex systems upon which we depend and which are miraculously effective and efficient in their often thankless operation to their breaking point.

These systems are now shaking. We’re compromising them seriously with this unending and unpredictable stream of restrictions, lockdowns, regulations and curfews. We’re also undermining our entire monetary system, with the provision of unending largesse from government coffers, to ease the stress of the COVID response. We’re playing with fire.

In Northern Ontario is located the Ring of Fire, a geological feature in the James Bay Lowlands that holds a massive chromite deposit and a nickel-copper deposit known as the Eagle’s Nest. Exploration in 2007 led to the discovery of these ore deposits and they have yet to be mined. The area is remote from existing infrastructure with the nearest “town” of Nakina more than 300 km to the south.

Local indigenous communities such as Webequie have very small populations. Webequie, for example, is home to less than 1,500 Ojibway.

To mine the ore from the Ring of Fire will require a railway, a roadway and electrification. Early estimates of the cost for such infrastructure were $2-$4 billion and were scoffed at as being too high. Now the cost estimates are starting to trickle in.

To build a hydro line into the Ring of Fire is estimated to cost about $1.7 billion.

The so-called “massive nickel deposit” that is the Eagle’s Nest is estimated at 20 Mt. This compares to Voiseys Bay at over 100 Mt, Thompson Manitoba at over 200 Mt and the mighty (now mostly mined-out) Sudbury Basin at over 1 Bt (B=billion).

The total cost to provide infrastructure to the Ring of Fire will exceed $4 billion – easily. The total value of the Eagle’s Nest has been estimated at $5-$7 billion in-situ (as if the ore was sitting on the ground processed and ready to ship to eager markets). The cost of mining is typically 50% of the value of the ore. This means the nickel deposit will be mined by an Australian company at a gross profit of $3.5 billion for infrastructure costs of $4 billion (and more).

It is very likely the project will go ahead. I just thought the fine taxpayers of Ontario would want to know that $4 billion of their tax revenue is being spent on a few thousand people in Northern Ontario and an Australian mining company without any discussion of who will pay to maintain the infrastructure after the mines have closed. 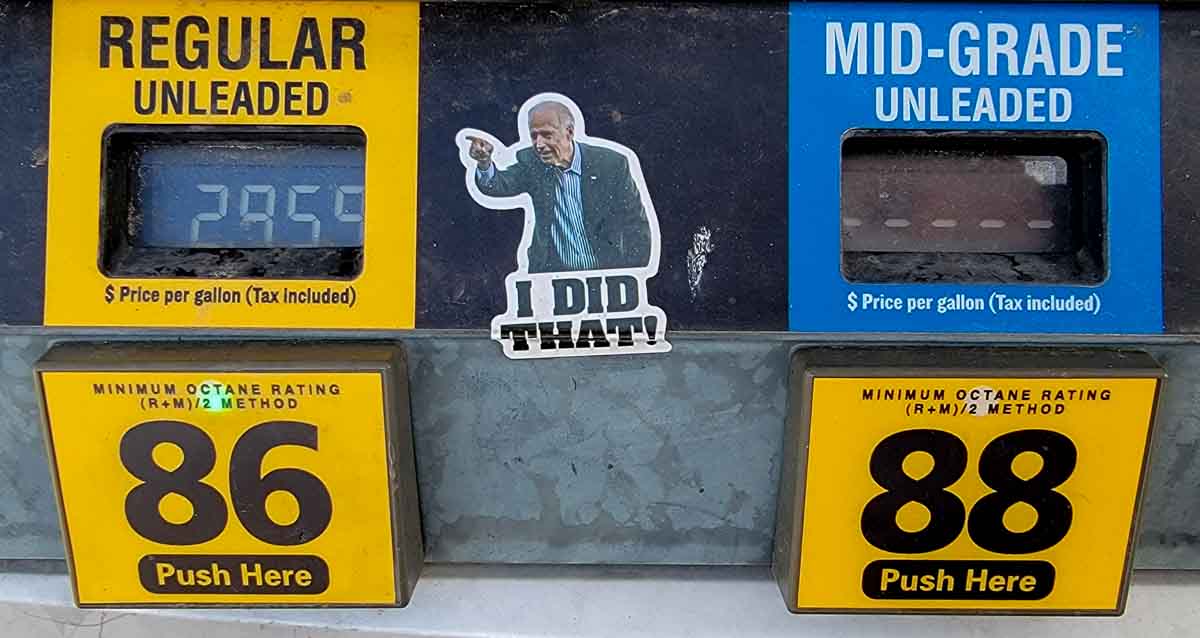 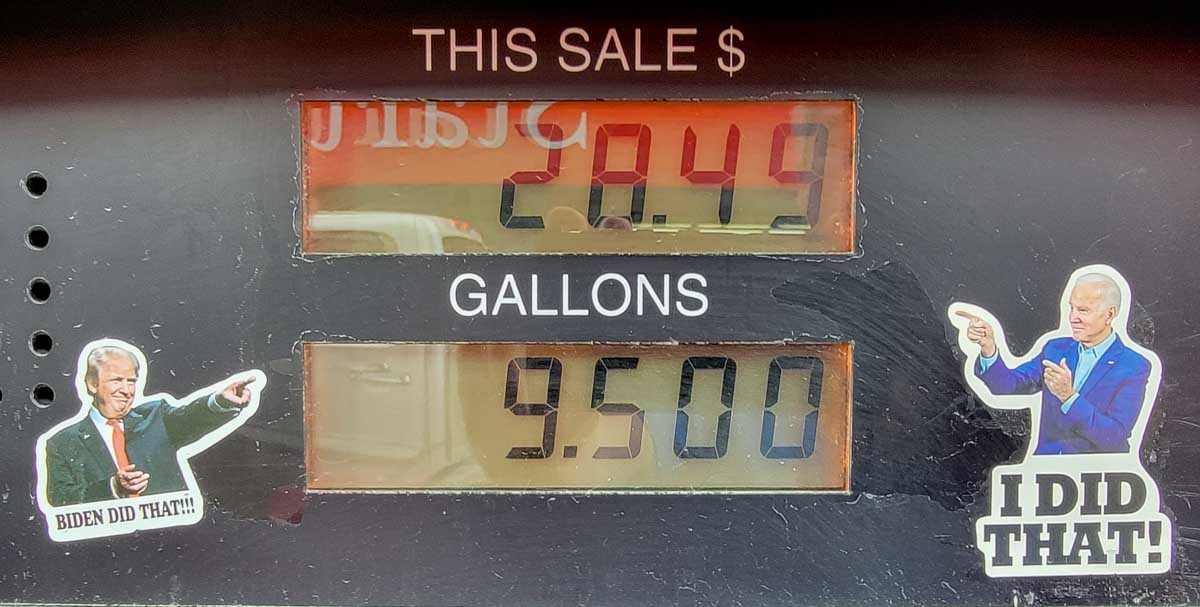