GB News- Hundreds of people are set to protest over the renaming of a pub in Linlithgow, Scotland, which has a controversial name.

Its got some good reviews on Tripadviser.

By the time the seizures began, Elliot says, it was too late.

She says he was diagnosed with distemper despite paperwork from the rescue showing he’d been vaccinated.

“I had to explain to my 4 year old, who had the dog for three weeks, that we had to put him to sleep and that he was not coming back home.”

Billy is one of five dogs from New Hope Rescue that would be euthanized. Owner Joann Roof, who had no comment, was charged with misdemeanor animal cruelty. Investigators say she knowingly imported and sold sick dogs from a New Mexico Shelter. The state suspended the facility’s license. […]

Fisher says, last year, rescues and shelters imported 37,000 dogs, most of them puppies that are in high demand. CBS4 went undercover and found people lining up for them at adoption events. Fisher says some even buy the dogs right off transport vans. We got video of dogs being unloaded in parking lots.

“If an animal is being taken right off the truck, that rescue has no idea what’s going on with that animal,” said Fisher.

I’m back from my annual trek to Pennsylvania for the Montgomery County weekend – this time by air.

Did I tell you I hate flying with dogs? No? Well, I hate flying with dogs. I really hate flying with dogs when nobody at Air Canada can give me a straight answer, the flight is delayed and we lose an hour to make our connection, and it culminates with a flight attendant bending over our seats to advise “you’re not going to like this but your dog is still at Customs” just as the doors of the plane are about to close; followed by a subsequent last moment deplaning and an all-nighter at Toronto Pearson trying to scrounge food for a hungry dog and some sleep for myself in the wretched torture chairs they acquired from East German government surplus.

We did some good winning. Not as much as we wanted, but enough.

I need some rest, but I should be back into some sort of blogging routine tomorrow.

In the meantime, here’s a picture of “Roadie” (CanCh.Minuteman Boardwalk) when he’s not lying in a crate being hand fed a egg and cheese breakfast biscuit from Tim Horton’s. 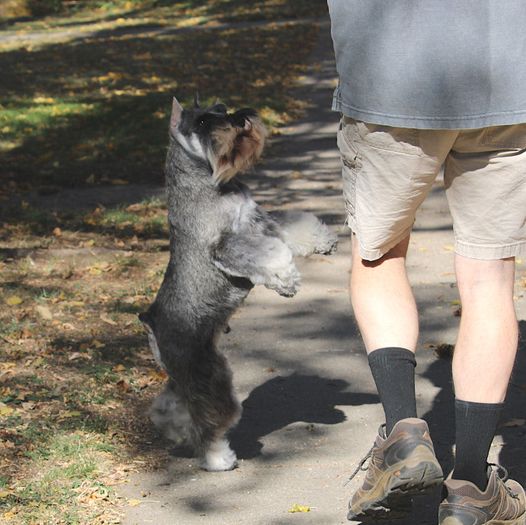 A former Royal Marine trying to evacuate 200 dogs and cats alongside his animal shelter staff out of Afghanistan has been given fresh hope by the defence secretary.

Surely the foreign rescue dog racket was suspended due to the pandemic, yes?

A rabid dog imported into the United States this month has sparked a public health investigation across several states.

Health officials say a dog brought to the U.S. from Azerbaijan that ended up with a family in Chester County, Pennsylvania began acting strangely. It later tested positive for rabies and was euthanized. At least 12 people were exposed to the animal.

The dog was one of 34 animals — 33 dogs and one cat — imported by an animal rescue organization from Azerbaijan to O’Hare International Airport in Chicago on June 10.

That’s not a typo — Azerbaijan.

My friends in the US are back at the dog shows — and have been for months in a number of states. 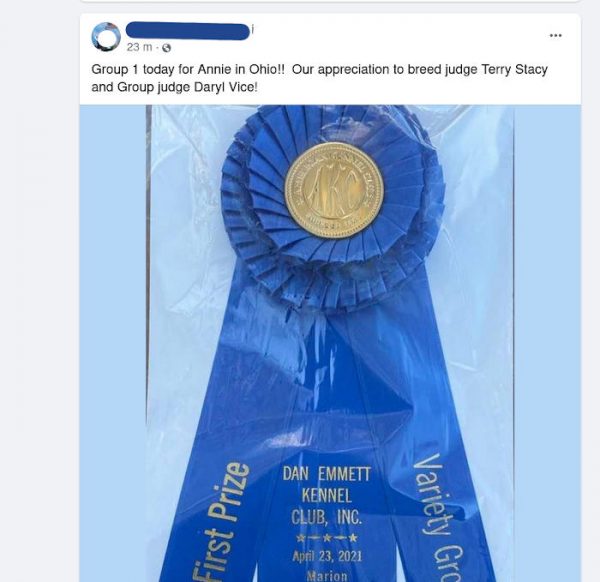 Just a glimpse of a world CTV doesn’t show you.

Nearly 50 dogs from China were in Great Falls on Wednesday as they waited to go to a rescue facility in Canada. The dogs are currently being housed at Happy Tails Lodge.

They were flown from China to Los Angeles, California, and then driven to the Canadian border to cross into Canada.

But when they got to the border no vet was available to check them out, so the organization transporting the dogs asked Happy Tails to take the dogs in temporarily. […]

The dogs are not available for adoption here; they are contractually obligated to be delivered to the agency in Canada. Duncan did not know the name of the Canadian facility.

Most of the dogs appear to be strays or stolen pets.

So this is awesome…

I thought the border was closed to “non-essential” travel.

Two people, driving a rented box truck carrying 48 dogs, died in a crash in Eastern Idaho Friday. Sadly, 14 of those dogs also died in the crash.

Idaho State Police says the man and woman were from Arizona and were driving the truck for a nonprofit animal rescue. The dogs were being taken to Canada for adoption when the truck crashed on Interstate 15, west of Shelley.

48 dogs can be trafficked across multiple states in an un-ventilated box van into Canada to profit from the exploding “pandemic puppy” market, but if you need to cross into North Dakota as an individual to put your client’s show dog on a flight home to California — you’re out of luck. 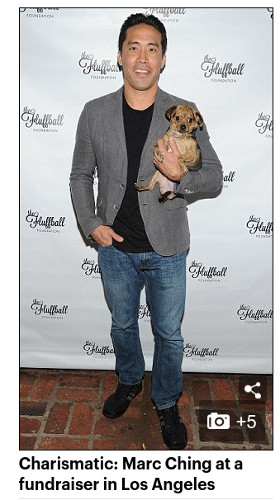 donations – claiming to save dogs from the dog meat trade. Except, as a Daily Mail investigation revealed, the dogs actually perished in Asia: “Ching’s high-profile operation deteriorated into farce, and ended with hundreds of dogs suffering slow and excruciatingly painful deaths within days of being rescued.”

“Many of the dogs died after being locked in cages and denied basic treatment and injections that might have saved them,” the report continued. “Up to two-thirds of the dogs are now believed to be dead, with the British head of an animal charity involved in dealing with the pitiful aftermath saying: ‘Those poor dogs just went from one hell to another.’” Ching, meanwhile, went back to L.A.

Where the FTC has just nailed him for peddling fake cancer treatments.

Pluto is here with important tips.

Yours in the comments.

🚨 K9 Takedown 🚨
Amazing video of K9 Bo of the San Diego County Sheriff’s. The suspect fled in a stolen vehicle and started hitting K9 Bo with an umbrella. But K9 Bo refused to give up that easy. Great Job K9 Bo 🐾💙#BluePawsMatter 🐾#LivePDNation 🇺🇸#LivePD 🚨 pic.twitter.com/P1872vERUV

This may very well become a series. 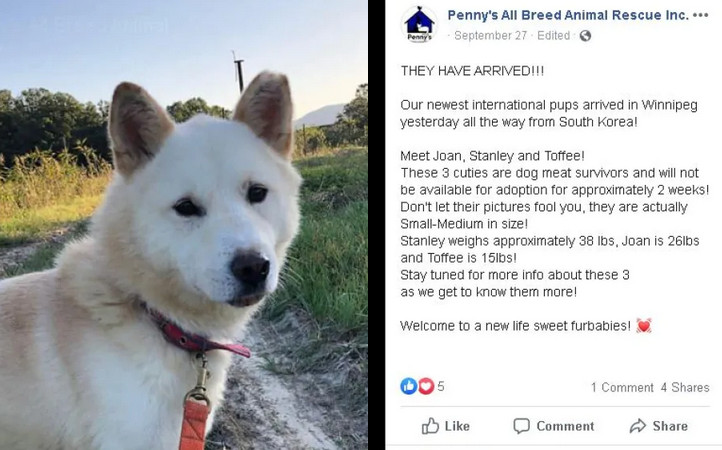 A growing number of livestock veterinarians are raising concerns that dogs rescued from Chinese meat markets could bring African swine fever virus to the United States.

Rescue groups regularly save dogs from slaughter in China and transport them to this country to be adopted as pets. But because such dogs are considered food animals in China, they often are kept in close quarters with other livestock. [..]

“These dogs are rescued from meat markets,” said Lisa Becton, director of swine health information and research at the National Pork Board. “And, unfortunately, at these markets there are a lot of other species, like pigs, chickens and cows. There is a risk that the animal, the crate or the bedding could become contaminated.”

The “retail rescue” fraud is importing tens of thousands of dogs into North America each year for both resale and donation drives — along with a growing number of foreign disease variants and parasites.