When you think the bungling and incompetence can’t get any worse. The people in charge are like, “hold my beer”. 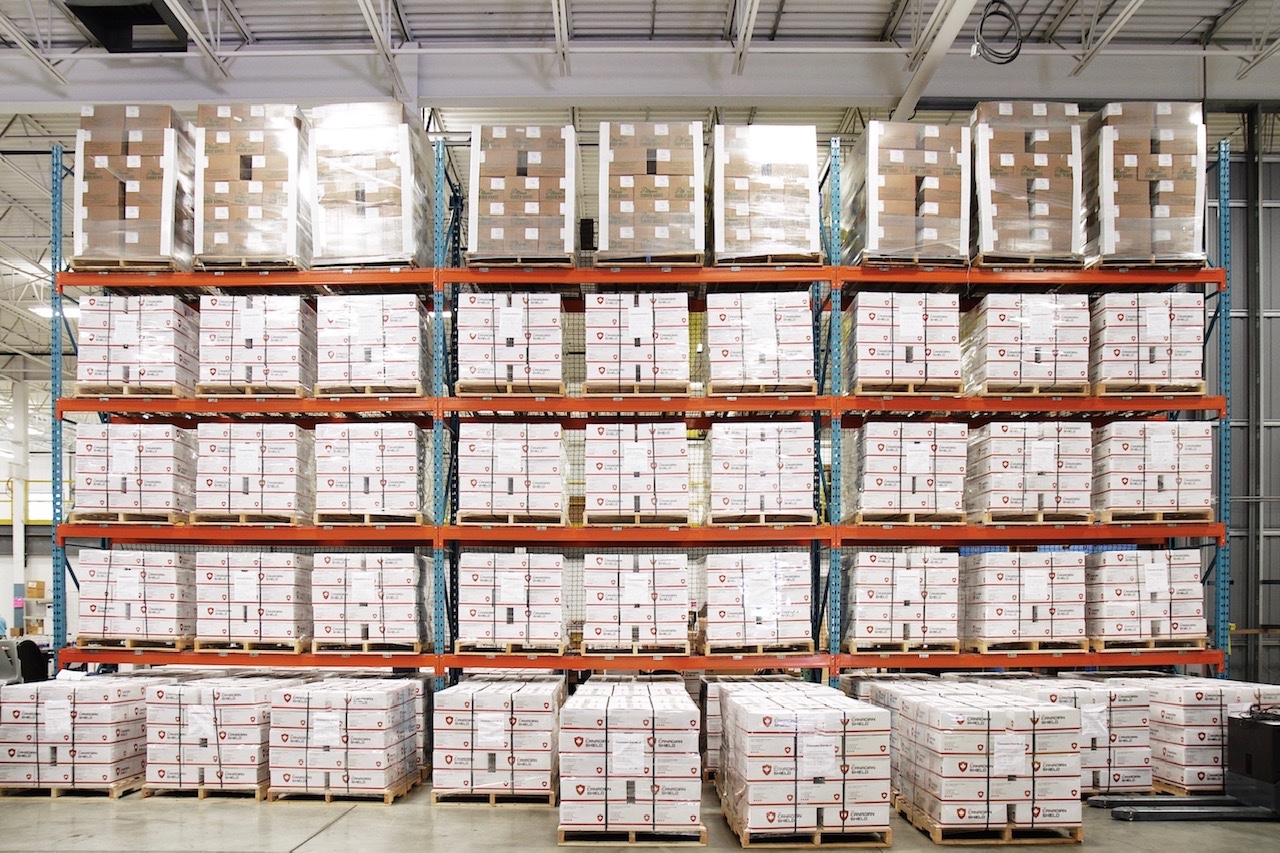 They’ve got pallets full of protective equipment ready to go.

The cliche’ about not being able to run a lemonade stand is getting a little old. 🍋

Since the Liberals’ 2015 commitment, there were 160 long-term water advisories on public water systems on reserve.

To be fair they were very busy not doing other things.

Let’s go back to April of 2020. The world is still very much in the first wave of COVID-19, and governments around the world are scrambling to find some way to get back to normal. On May 6, the Government of Canada announces a deal with CanSino, a Chinese company that was developing what was then one of the world’s most promising vaccine candidates.

The arrangement was that Canada would conduct human trials for the CanSino vaccine and then, once it was approved, we’d manufacture it within our own borders.

But there’s just one problem. When CanSino tried to send Canada its first shipments of the vaccine, it was arbitrarily blocked at the border by Chinese authorities. Why? Probably retaliation for Canada’s arrest of Huawei executive Meng Wanzhou for extradition to the United States.

As a result it wasn’t until Aug. 5 that Canada could finally announce a contract with Pfizer and Moderna, makers of the two most widely used vaccines. The Canadian government has weirdly refused to publicize their contracts with these companies, but what’s emerging is that we are definitely not at the front of the line for these shots.

But wait, there’s more. Evidence is continuing to emerge that Ottawa repeatedly turned down domestic offers for vaccine production. PnuVax approached the federal government in mid-2020, promising that they could be cranking 1 million doses out of their Montreal facility by December. The feds ignored them, and decided to instead centre all of Canada’s vaccine production at an under-construction government facility that won’t be completed until next year.

Or there’s Calgary’s Providence Therapeutics, who had a vaccine candidate that was showing early success in mice. They petitioned the federal government for support to bring it to clinical trials, but they got no answer as well (they’ve since struck a deal directly with the Manitoba government).

Ever since this pandemic began, COVID-19 has cost 1,800 Canadian lives per month and at least $500 million per day. We’re so far behind the rest of the developed world that as of right now, it looks like we won’t achieve mass vaccination until SIX months later than everyone in Europe and the United States.

Members of Parliament voted Monday to label China’s treatment of the Uighur Muslims a genocide, and to call on the federal government to formally adopt that position, without the support of the Liberal cabinet.

Prime Minister Justin Trudeau did not participate in the vote. Foreign Affairs Minister Marc Garneau abstained on the record while the rest of his cabinet colleagues were absent.

“I abstain on behalf of the Government of Canada,” said Garneau when he made his position known.

At this point, I think it’s safe to say Beijing has dirt on Trudeau;

The federal government is partnering with Huawei to sponsor leading-edge computer and electrical engineering research at Canadian universities, a move critics say threatens this country’s national security and economic interests.

The National Sciences and Engineering Research Council (NSERC), a federal agency, is collaborating with the Canadian arm of Huawei Technologies Co. Ltd. to fund the studies. Top universities in the United States and Britain have shunned further research money from Huawei over intellectual-property and national-security concerns.

The federally funded council is putting up $4.8-million for research partnerships that include Huawei. The technology giant would not divulge its contribution but would only say it is “greater than $4.8-million.”

Jim Balsillie, former co-chief executive of Research In Motion and founder of the Centre for International Governance Innovation, said he considers it astonishing that Ottawa would put up money to help Huawei obtain advanced technology that will serve to benefit China.

“All these areas of research are for strategic digital infrastructure that serve as the nervous system for today’s economy and security,” he said. “It boggles the mind that in 2021 we continue to use taxpayer funds to advance China’s priorities at the expense of our economy, security and Five Eyes partnership.” The Five Eyes is an intelligence alliance between Canada, the U.S., Britain, Australia and New Zealand. Canada is the only country in the alliance that has not banned or restricted Huawei from 5G mobile networks.

In 2018, a Globe and Mail investigation revealed that Huawei had established a vast network of relationships with leading research-heavy universities in Canada to create a steady pipeline of intellectual property that the company is using to underpin its market position in mobile technology.

President Biden has revoked a Trump-era executive order that sought to keep foreign countries and companies out of America’s bulk power systems – principally entities associated with the Chinese Communist Party – as part of his “Executive Order on Protecting Public Health and the Environment and Restoring Science to Tackle the Climate Crisis.”

Update: Nothing to worry about, eh?

Nice organ you have there. It’d be a shame if anything happened to it.

A Liberal MP admitted on Twitter that while an initial legal assessment found that the controversial newspaper The Epoch Times broke no laws, the federal government continues to “look into” the publication.

Merry Xmas folks!
Here's a searchable data base of every organization in Canada that received the CEWS wage subsidy benefit all 368,240 businesses, charities and non-profits. https://t.co/UUPiLseK1p
Like the $30 billion Rogers media empire where Mayor @JohnTOry has senior roles pic.twitter.com/URiFwzcUPr

Whoops! No, no, no. They pulled it down! “The “View full list of employers” functionality is temporarily unavailable.”

But you can still read some of the highlights on this thread — including!

Update (that was fast): The $54 billion questions has been answered. Someone tweeted out the the URL that links to the full list of all 340,000 CEWs recipients that are corporations

@anthonyfurey: The Trudeau govt has just nixed a Chinese govt firm’s plans to buy TMAC Resources, a mine with a strategic seaport & airfield in the Arctic. Bravo!!

This is only one of many bombshell revelations in The China Files, a 34-page access to information document released by the Trudeau government to Rebel News, seen below…

Updated with the full video. Not to be missed.

A former commander of Canadian troops in Afghanistan is urging the federal government to reject a takeover of an Arctic gold mine by a Chinese state-owned enterprise.

Retired major-general David Fraser said this rejection should form part of a strategic rethink aimed at keeping China out of Canada’s Far North.

A senior government official told The Globe and Mail that the Canadian military is opposed to the transaction because of Beijing’s growing economic and military threat in the High Arctic. The Globe is not identifying the official who was not authorized to publicly discuss the security review under way.

Mr. Fraser said Ottawa should turn down the $207.4-million takeover, citing the mine’s location in Hope Bay, an inlet on the Northwest Passage, as
well as its proximity to Canadian early warning radar facilities.

“This thing has a port attached to it. [China has] written a paper saying they want to be a near-Arctic power. Well, this gives them actual Arctic access,” Mr. Fraser said in an interview.

“If you look at what they have done on the South China Sea to extend their area of influence – what’s to stop them, once they get squatter’s rights and get into this port, of doing the same thing up there?”

Not this government. They’ll send the RCMP to carry their bags of cash.

Two Canadian MPs are taking part in a campaign to release Huawei executive Meng Wanzhou that cites “deteriorating relations with China and the rise of Sinophobia in Canada”.

The New Democratic Party’s Niki Ashton and the Green Party’s Paul Manly are both listed as speakers at the “Zoom to Free Meng Wanzhou” online panel discussion on Tuesday evening.

Manly’s participation is in line with the policy of the Greens, who have three MPs and in July called on Prime Minister Justin Trudeau’s federal government to ask the US to drop its charges against Meng and its request to have her extradited.

Related: The Chief Justice of the Superior Court of Quebec, Jacques R. Fournier, tells Le Journal de Québec he was unaware of the ethical rules governing travel of judicial officials abroad when he accepted an all-expenses-paid trip to China last year:

Related: According to a disclosure filed with the US Justice Department, Canada’s Globe and Mail newspaper received $132,046 for a number of advertising campaigns that featured flattering coverage of China.

@brianlilley — Moments ago in the House, Prime Minister @JustinTrudeau rose to vote against a motion calling for a decision on Huawei being in Canada’s 5G network and to have a plan to combat China’s foreign agents working to intimidate Canadians who speak against Beijing. Shameful #cdnpoli

And there it is. The covid virus (the flu), is the crisis they needed to bring in the reset or otherwise known, global communism. Trudeau isn’t even hiding it now. They see us over a barrel…. pic.twitter.com/qk2BuekRgY

Why aren’t we seeing this video clip in the form of a Conservative social media ad, @erinotoole? Where are @PremierScottMoe and @jkenney?

After covering news that Nenshi was a target of Chinese influence, we gained access to dozens of pages of correspondence between Mayor Nenshi and the official Chinese Consulate in Calgary.

In the documents, Nenshi is sent menacing warnings to avoid any contact with a Tibetan official — Dr. Lobsang Sangay — who was visiting the city in 2018. He is told to “stick to the one-China policy, refuse any contact with Lobsang Sangay, and provide no support or convenience for his secessionist activities against China.” Nenshi was also told to whip city councillors to fall into line with Beijing.

China’s ambassador to Canada is urging Ottawa to stop granting asylum to democracy activists from Hong Kong, whom he described as “violent criminals” and warned that accepting these people could jeopardize the “health and safety” of 300,000 Canadian citizens still living in the former British colony.

Asked if he was issuing a threat, envoy Cong Peiwu replied: “That is your interpretation.”

Mr. Cong indicated any further action to offer shelter to Hong Kong residents could have consequences for the many Canadians living in the Asian financial hub.