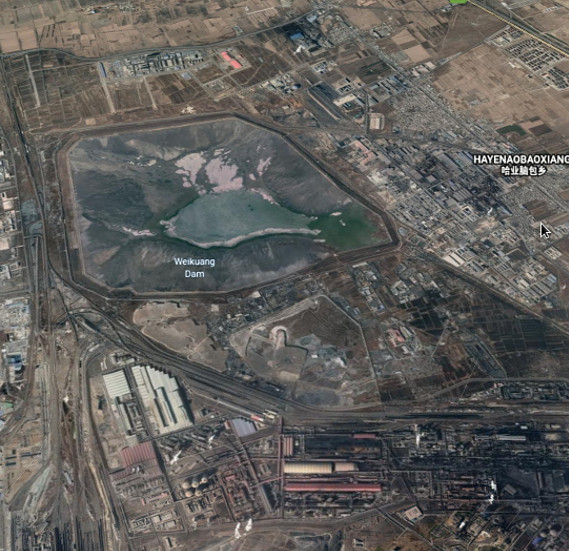 President Biden has revoked a Trump-era executive order that sought to keep foreign countries and companies out of America’s bulk power systems – principally entities associated with the Chinese Communist Party – as part of his “Executive Order on Protecting Public Health and the Environment and Restoring Science to Tackle the Climate Crisis.”

Update: Nothing to worry about, eh?

Nice organ you have there. It’d be a shame if anything happened to it.

A Liberal MP admitted on Twitter that while an initial legal assessment found that the controversial newspaper The Epoch Times broke no laws, the federal government continues to “look into” the publication.

Click on the link to learn how the Epoch Times is dangerous and subversive because it’s pro-Trump and anti-CCP. Or something like that: Canada Post mail carrier disciplined for refusing to deliver Epoch Times.

Good work by Post Media – standing up for a guy who refused to deliver a newspaper.

“President Biden promised to end all new oil and gas leasing on federal lands when was a candidate,” a reporter asked. “Does the administration still have that commitment today? To end that lease?”

“We do and the leases will be reviewed by our team we just have only been in office for less than a day now,” Psaki said.

Earlier Tuesday, Biden signed an executive order placing the United States back into the Paris Climate Agreements, despite the country reducing emissions without being in the global agreement. He also revoked permits for the Keystone XL pipeline, eliminating 11,000 jobs and destroying $2 billion in wages.

Everything is going according to plan: China’s coal output rose last year to its highest since 2015, despite Beijing’s climate change pledge to reduce consumption of the dirty fossil fuel and months of disruption at major coal mining hubs.

Flashback: In Oct, @GlennKesslerWP gave it 4 Pinocchios for the Trump Campaign saying that Biden will end fracking.

He thought they were friends?

China has blocked the arrival of a team from the World Health Organization investigating the origins of the coronavirus pandemic, claiming that their visas had not yet been approved even as some members of the group were on their way.

A host of corporate media outlets including CNN, The New York Times, The Washington Post, and MSNBC have participated in private dinners and sponsored trips with the China-United States Exchange Foundation, a Chinese Communist Party-funded group seeking to garner “favorable coverage” and “disseminate positive messages” regarding China, The National Pulse can reveal.

The relationship is revealed in the Department of Justice’s Foreign Agent Registration Act (FARA) filings, which reveal a relationship spanning over a decade between establishment media outlets and the China–United States Exchange Foundation (CUSEF).

Merry Xmas folks!
Here's a searchable data base of every organization in Canada that received the CEWS wage subsidy benefit all 368,240 businesses, charities and non-profits. https://t.co/UUPiLseK1p
Like the $30 billion Rogers media empire where Mayor @JohnTOry has senior roles pic.twitter.com/URiFwzcUPr

Whoops! No, no, no. They pulled it down! “The “View full list of employers” functionality is temporarily unavailable.”

But you can still read some of the highlights on this thread — including!

Update (that was fast): The $54 billion questions has been answered. Someone tweeted out the the URL that links to the full list of all 340,000 CEWs recipients that are corporations

@anthonyfurey: The Trudeau govt has just nixed a Chinese govt firm’s plans to buy TMAC Resources, a mine with a strategic seaport & airfield in the Arctic. Bravo!!

Give — or sell? Did Joe Biden Give The Chinese The South China Sea?

Where the foxes caper unmolested, the government makes your school lunch, and “While there is no evidence that anyone on the party membership list has spied for China…”

Most alarmingly, some of its members – who swear a solemn oath to ‘guard Party secrets, be loyal to the Party, work hard, fight for communism throughout my life…and never betray the Party’ – are understood to have secured jobs in British consulates.

Among them is a senior official at the British Consulate in Shanghai. Its headquarters is also home to intelligence officers from the UK security services.

The official describes their role as supporting ministers and officials on visits to East China.

“Communist party branches have been set up inside western companies, allowing the infiltration of those companies by CCP members – who, if called on, are answerable directly to the communist party, to the Chairman, the president himself,” she said.

“It is also going to embarrass some global companies who appear to have no plan in place to protect their intellectual property from theft. From economic espionage,” she said.

@BrianTh37895972: Note how many major cities there are in China. Then ponder that the leaked list of 1.9 million CCP members who now live in other countries are just from the **Shanghai area**. The # of CCP members living abroad engaged in influence operations is vast.

This is only one of many bombshell revelations in The China Files, a 34-page access to information document released by the Trudeau government to Rebel News, seen below…

Updated with the full video. Not to be missed.

As you listen, apply a Canadian filter.

The now deleted speech can be found here.

A former commander of Canadian troops in Afghanistan is urging the federal government to reject a takeover of an Arctic gold mine by a Chinese state-owned enterprise.

Retired major-general David Fraser said this rejection should form part of a strategic rethink aimed at keeping China out of Canada’s Far North.

A senior government official told The Globe and Mail that the Canadian military is opposed to the transaction because of Beijing’s growing economic and military threat in the High Arctic. The Globe is not identifying the official who was not authorized to publicly discuss the security review under way.

Mr. Fraser said Ottawa should turn down the $207.4-million takeover, citing the mine’s location in Hope Bay, an inlet on the Northwest Passage, as
well as its proximity to Canadian early warning radar facilities.

“This thing has a port attached to it. [China has] written a paper saying they want to be a near-Arctic power. Well, this gives them actual Arctic access,” Mr. Fraser said in an interview.

“If you look at what they have done on the South China Sea to extend their area of influence – what’s to stop them, once they get squatter’s rights and get into this port, of doing the same thing up there?”

Not this government. They’ll send the RCMP to carry their bags of cash.

Two Canadian MPs are taking part in a campaign to release Huawei executive Meng Wanzhou that cites “deteriorating relations with China and the rise of Sinophobia in Canada”.

The New Democratic Party’s Niki Ashton and the Green Party’s Paul Manly are both listed as speakers at the “Zoom to Free Meng Wanzhou” online panel discussion on Tuesday evening.

Manly’s participation is in line with the policy of the Greens, who have three MPs and in July called on Prime Minister Justin Trudeau’s federal government to ask the US to drop its charges against Meng and its request to have her extradited.

Related: The Chief Justice of the Superior Court of Quebec, Jacques R. Fournier, tells Le Journal de Québec he was unaware of the ethical rules governing travel of judicial officials abroad when he accepted an all-expenses-paid trip to China last year:

Related: According to a disclosure filed with the US Justice Department, Canada’s Globe and Mail newspaper received $132,046 for a number of advertising campaigns that featured flattering coverage of China.

@brianlilley — Moments ago in the House, Prime Minister @JustinTrudeau rose to vote against a motion calling for a decision on Huawei being in Canada’s 5G network and to have a plan to combat China’s foreign agents working to intimidate Canadians who speak against Beijing. Shameful #cdnpoli