This is truly insane:

The massive tent city – occupied by a feces-hurling man and an assortment of other untoward characters – is paces away from The Artani, an eight-story Van Ness Avenue complex where residents say they’re being spooked by a growing number of vagrant neighbors.

Does anyone have any doubts that most every single resident will KEEP ON VOTING DEMOCRAT?!? You know, because of Orange Man Bad, nasty tweets, White Supremacy, or something like that.

How to Spot the following:

Procter & Gamble employees, who are being threatened with termination if they refuse to get vaccinated, have a message to their CEO & America:

“What you’ve already seen happen to the airline industry will soon happen to many other organizations” pic.twitter.com/NOduHriGx8

The News and Why It Matters is a terrific online news and talk show hosted by Sara Gonzales. On the latest episode, hilarity ensued when Jack Posobiec did an hilarious imitation of Pfizer’s CEO:

The photo is real, posted on the Telegram page of Colorado Congresswoman Lauren Boebert. 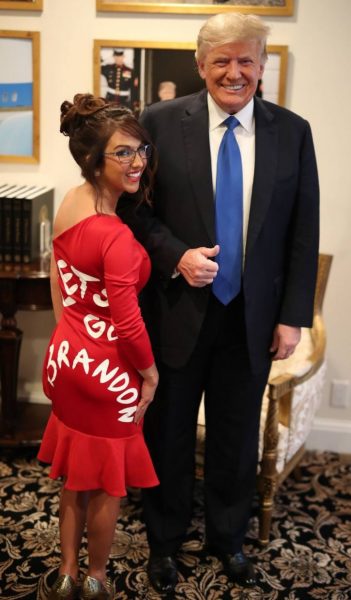 This video is a week old but very relevant to the GOP’s victory in Virginia:

The clips come from this much longer video.

Thank goodness the heartfelt anger from these parents pierced the protective bubble of normies and made a sufficient number of them wake up.

From the transcript of my chat yesterday with the man of the hour, @realchrisrufo 👑🇺🇸⚔️ pic.twitter.com/7JV3nv6btv

More school board wins across the country!

Memo to the forever lockdowners, to those who would force mRNA vaccines on children, to the masked Karens

Can you hear us now?

You want to stay inside for the next 20 years? You want to stick your healthy kids with a biotechnology that barely existed 18 months ago for a disease that won’t touch them? You want to wear face diapers in 100 degree heat?

But you aren’t telling us what to do anymore.

Not even in New Jersey.

The video below examines states of mass psychosis throughout history, going back as far as the Fear of Witches, examining the Mad Men of the last century, and then cleverly touching upon the current state of our world today. This current mass psychosis isn’t really about Covid or Climate Change; these are but mere excuses du jour that totalitarians the world over are using to seize more power for themselves and control ever larger masses of people.

So what can you do to fight back? I, for one, will avoid wearing a mask wherever I’m legally allowed to. I will also avoid getting a Covid vaccine shot; I’ve had Covid and thus have natural immunity to it; full stop. Those are personal choices I’m making based on my own risk analysis. You decide what’s best for you. But where all can join in is to unsubscribe from big tech social media sources and … most importantly … to contribute to mocking all politicians and celebrities and companies that support:

It is indeed an historic time.  A very, very bad historic time, to be clear.  The ONLY way it’s going to end is step up and contribute to saying “No”, as well as loudly laughing at those pushing anything that suppresses freedom, individuality, and critical thinking.

NP- ‘I will do it’: Elon Musk says he will give $6 billion to solve world hunger if UN shows it would.

If the World Food Programme, using transparent and open accounting, “can describe on this Twitter thread exactly how $6B will solve world hunger, I will sell Tesla stock right now and do it,” Musk wrote in a Twitter post.

Do you think Beasley will do it? Start here and scroll up to see how this part of the conversation went. But its not looking like Musk has much confidence in the UN. Apparently UN officials offering food in exchange for oral sex from kids is because of climate change.

Why are we still part of the UN anyways?

Bill Maher can be a big jerk at times but he’s spot on here. Plus, his messages reach all of the left people:

Remember, if you disagree with any of these narratives, then you are an horrific right-wing ignorant bigot! 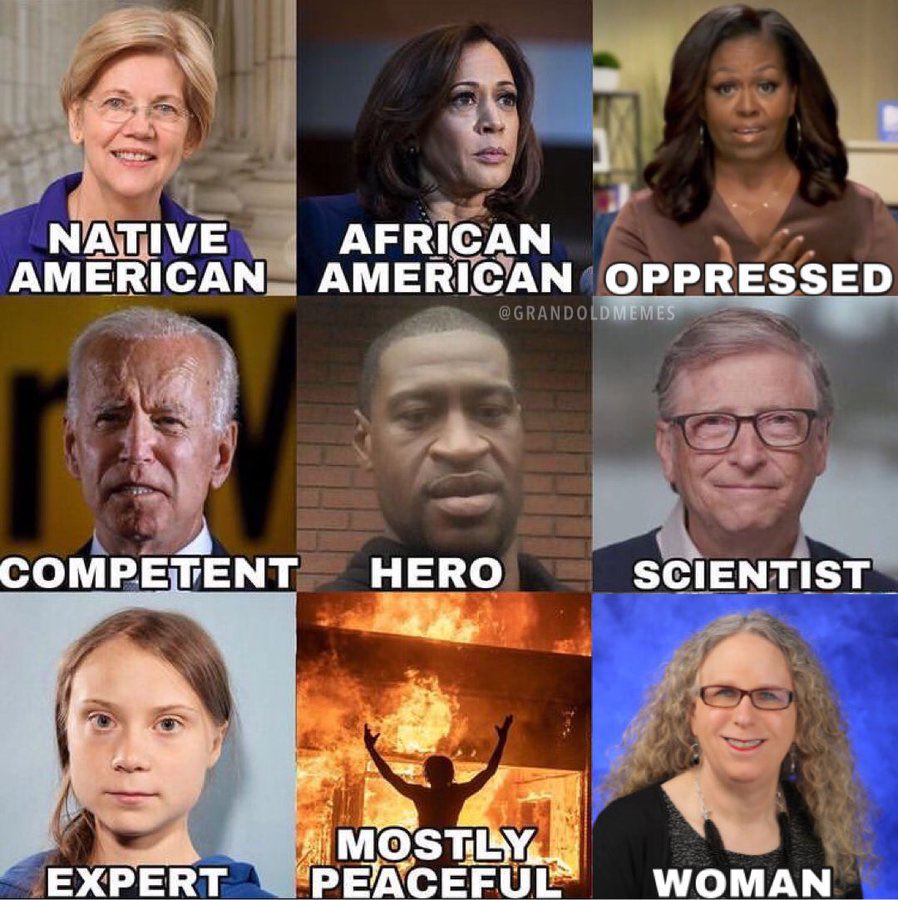 Alex Berenson reports that Rochelle Walensky’s highly politicized and disgraced CDC is up to more no good:

The CDC hits a new low

(I didn’t think it was possible either.)

But yesterday the Centers for Disease Control, America’s not-at-all-politicized public health agency, released a new study purporting to show that vaccination protects against Covid infection better than natural immunity. Of course, a wave of stories about the benefits of mRNA vaccination followed.

To do this, the CDC used some magic statistical analysis to turn inside raw data that actually showed almost four times as many fully vaccinated people being hospitalized with Covid as those with natural immunity – and FIFTEEN TIMES as many over the summer.

I kid you not.

Further, the study runs contrary to a much larger paper from Israeli researchers in August.

So young, yet so wise.

Democrats will stop at nothing to show you who they truly are! 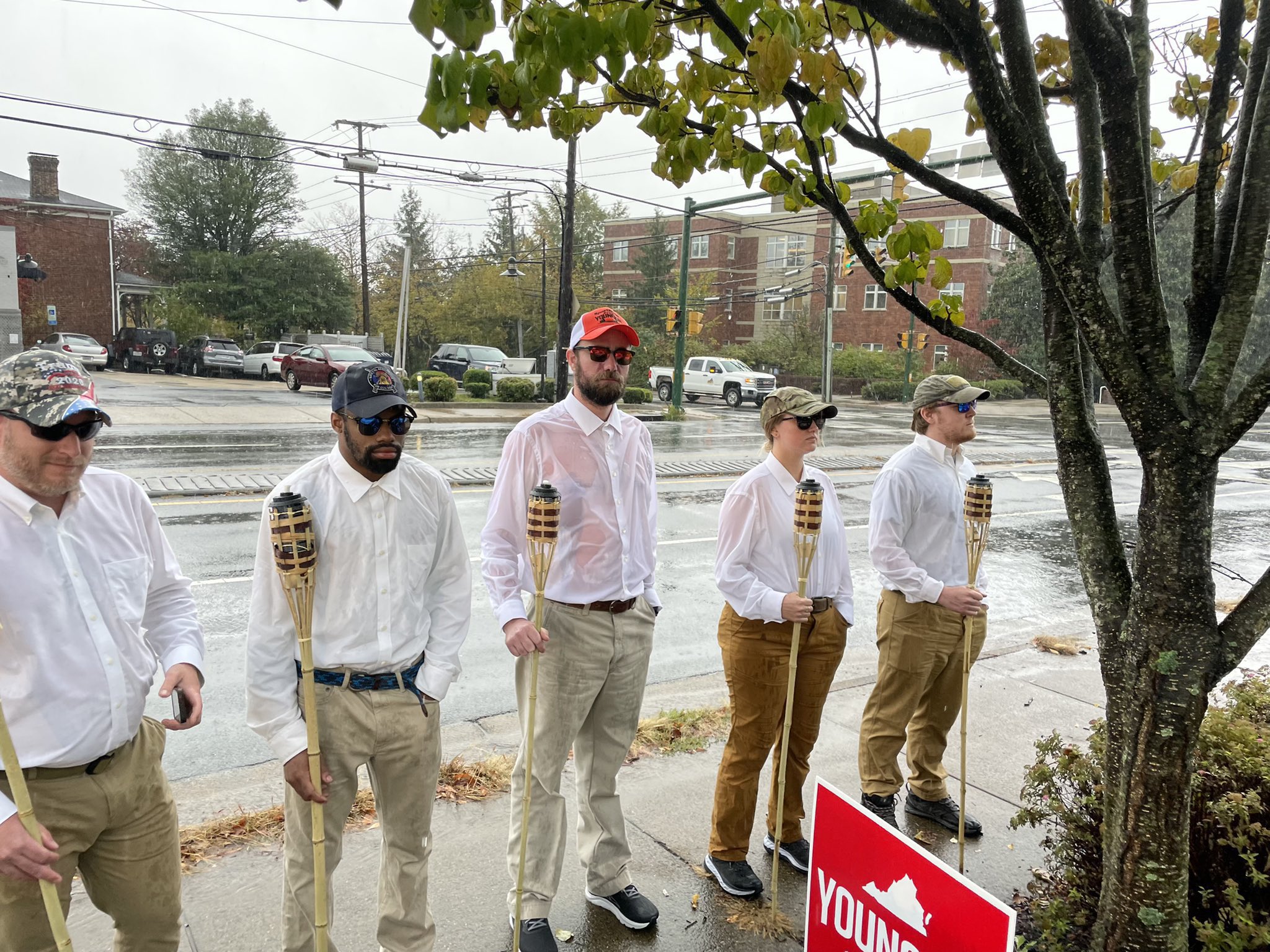 Update: Two known Democrats have allegedly been identified: “Camden Layton, the finance director for Virginia Young Democrats, and Colleen Wachenfeld, who is associated with Virginia Democrats, both appeared to be pictured in the five-person group clad in caps and white shirts. Shortly after Twitter users noted Layton and Wachenfeld’s resemblance to the mysterious torch holders, they both made their social media accounts private.”

Uh oh, how are the usual suspects going to explain away this:

On July 15, 2021, the Indonesian Food and Drug Monitoring Agency (BPOM) finally granted the Emergency Use Authorization for Ivermectin as the therapeutic drug to cure the Covid-19.

This was due to the country’s “worst-case scenario” epidemic at the time according to officials. The number of cases were soaring in the country and the medical authorities were desperate to control the outbreak.

After the government authorized the use of Ivermectin for COVID-19 patients and its population, the number of cases have significantly plummeted since July. With Radical Lefties cheering it on and Normies/NPCs sleeping through life, is it really going to be much longer before the elites control every aspect of our lives?

A lefty progressive or not, Jimmy Dore is pulling more than his weight in the battle against the Dems and their dishonest establishment/media allies. They have been trying to cancel him as hard as they have any conservative. Here, he brilliantly exposes Facebook’s supposed “factchecker”, PolitiFact, as the lying leftist propagandists are caught red-handed in those lies.