THAT would have been bravery.
Not to mention, appropriate.

to find that racist, fiery rhetoric was being spewed in the church he attended for twenty years. But he quits the church now that it has been brought to his attention. Move along now.

… that the media had unfairly attacked his wife since the Iowa caucuses, repeating an often-used charge that press coverage had made him feel as though he were living in a “fun house.”
“If you notice, there hasn’t been a lot of publicity on these polls I just told you about,” he said. “It is the first time you’ve heard it? Why do you think that is? Why do you think? Don’t you think if the polls were the reverse and he was winning the Electoral College against Senator McCain and Hillary was losing it, it would be blasted on every television station?”

They’re not healthier or better for the environment – and they’re packed with pesticides. In an age of climate change and shortages, these foods are an indugence the world can’t afford, argues environmental expert Rob Johnston

I disagree, actually. They’re faddish hypocritical nonsense that we can easily afford. If farmers want to supply hippies with their organic nonsense so that hippies can feel better about themselves I’m fine with that. But it’s still nice to see these myths being busted in the Independent of all places.

There’s an interesting article by Daniel Pipes in the National Post’s series on Israel’s 60th anniversary that includes this observation:

I’m sure many Liberals would angrily dispute being labeled an enemy of Israel, but I think the observation is spot on.
The rest of his article is full of interesting insights, as well.

Foreign Policy is having a poll of the top 100 intellectuals. The vast majority of the names that I recognized in their top 100 list are lefties. However there is a provision for writing in a candidate. The criteria is: “Although the men and women on this list are some of the world’s most sophisticated thinkers, the criteria to make the list could not be more simple. Candidates must be living and still active in public life. They must have shown distinction in their particular field as well as an ability to influence wider debate, often far beyond the borders of their own country.”
Under this criteria, I chose to write-in Mark Steyn, Canada, Author.

If ever there was a poll to go horribly wrong… here’s the link; http://www.foreignpolicy.com/story/cms.php?story_id=4262

I think we found your missing snow… 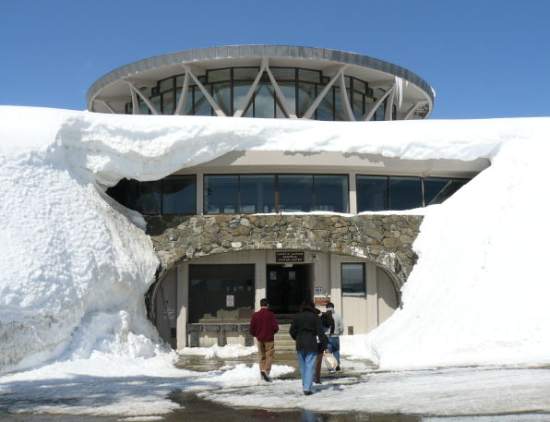 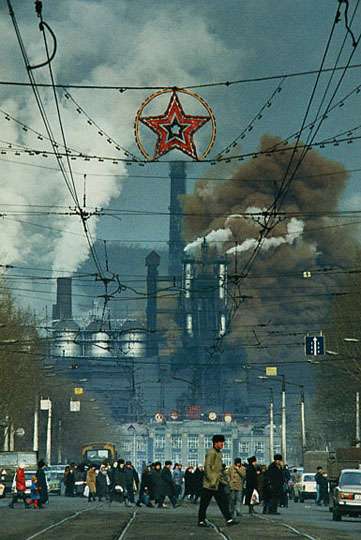 “My grandfather was a sophisticated man, but in some ways a very embittered man. He never wanted me to go to America, because he recalled the injuries and humiliations that had piled up during British rule, and he held these against the white man. From this I realized something quite startling. I realized that although colonialism had been bad for the people who had lived under it, such as my grandfather, it had been good for me. As a consequence of colonialism, I was exposed to the ideas and traditions that inform the Western understanding of freedom. I learned about separation of powers, democracy, human dignity, and equal rights. I learned the English language. Much of what I am and believe today has evolved out of the benefits I received from the colonialism that injured my grandfather.” – Dinesh D’Souza

It’s 2008 and “no one has taken the slightest interest in South Africa, apart from a handful of botanists and zoologists who reckon that the country’s flora and fauna rank as one of the largest unspoilt areas in a polluted world….”
h/t

Scratch a leftist… you know the rest.

The resolution states that CUPW will work “… with Palestinian solidarity and human rights organizations to develop an educational campaign about the apartheid nature of the Israeli state and the political and economic support of Canada for these practices.” The resolution also calls on the Canadian government to increase humanitarian aid to Palestinians who have been affected by the conflict, and commits CUPW to research on Canadian involvement in the occupation.

Larry, you give labour a bad name*… 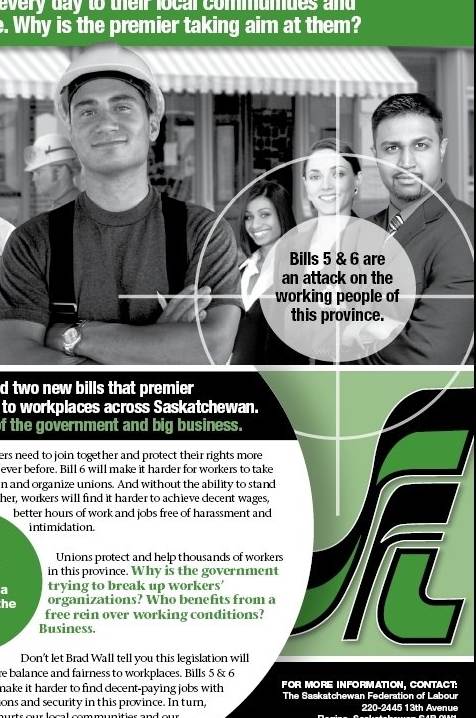 Transcript, CTV-REGINA , Tuesday Apr.8 – SFL UNDER FIRE BY THE PROVINCIAL GOV’T FOR AD TAKING AIM AT THE GOV’T

MANFRED JOEHNCK (Anchor): The Saskatchewan Federation of Labour is under fire by the provincial government.
This is what has the Province all worked up. It is an ad which takes aim at the government and its essential services legislation. The Province believes the ad is intolerant and is frightening especially to women. It refers to the gun sights and the two women within the borders.
The government says the ad is beyond poor taste.
KEN KRAWETZ (Deputy Premier): What I’m saying is that at a time when there was discussion about tolerance, that there was discussion about behaviour of individuals a long time ago and today an ad was printed that some people feel is frightening.
LARRY HUBICH (President, Saskatchewan Federation of Labour): The ad is in response to the government taking aim at workers’ legislation. It was designed by two women actually. So there is no gender issues with it at all. And the Premier I think has some credit in the development of the ad because it was he who said that this government was going to go to war with labour.

I scarcely know where to begin. Though I did call NDP MLA Cam Broten’s office to demand he stand up and denounce this hateful left-wing extremist in the Leg.
Big h/t to John Gormley Live.

A transcript of Gen. David Petraeus’ report to Congress;

Since September, levels of violence and civilian deaths have been reduced substantially, Al Qaeda-Iraq and a number of other extremist elements have been dealt serious blows, the capabilities of Iraqi security force elements have grown, and there has been noteworthy involvement of local Iraqis in local security.
Nonetheless, the situation in certain areas is still unsatisfactory and innumerable challenges remain. Moreover, as events in the past two weeks have reminded us and as I have repeatedly cautioned, the progress made since last spring is fragile and reversible.
Still, security in Iraq is better than it was when Ambassador Crocker and I reported to you last September, and it is significantly better than it was 15 months ago when Iraq was on the brink of civil war and the decision was made to deploy additional forces to Iraq.

That’s going to make some people unhappy. Oh well, there’s that looming recession to help lift their spirits.
Related: Another Michael Totten report from Fallujah – Builders of Nations
Heh– Last night, I had suggested a Petraeus hearings drinking game. The only rule I could think of right away is that you had to down an entire bottle of whiskey immediately if Petraeus used the terms “sniper fire” while being questioned by Clinton.

But for those who keep whining that Saskatchewan’s too flat – be patient.

In a perfect world, this magnificent beast would see more than a blog post.

On the 40th anniversary

…of the assassination of the Rev. Dr. Martin Luther King Jr., it has been disclosed that 33 members of the Congressional Black Caucus, Democrats all, sent a letter last month to Senate Democratic Harry Reid of Nevada warning him that he had better not give any money to the Cherokee Nation of Oklahoma, the Hill reported.
Or else.

(h/t reader Stephen Jacks)
I’m not ashamed to admit it. I’m a little choked up.
(Yes, I noticed the “projection”. No dice, blackout boosters. The science is settled – any detected upward trend is a win in my column.)
Update – They love us in Singapore, too!
Well, those who count do, anyway.
More – Saskatoon Shines!
Plus – The numbers down under;

We watched at least 7 helicopters flying around the inner Brisbane skies. I sent a leftie friend of mine an sms at about 8:15pm asking her if she could hear them too – she was very perplexed as to why they were there until I explained it was the Earth Hour people filming the lights so that they could go home and watch their “success” on their plasma televisions.

Quite right. At 8pm tonight, rational Canadians will become aware of which of their neighbors live on programmed-control thought timers.
And then be aware that there are those who, while admitting their own token effort won’t make any difference, think that an hour of illuminated dissent will result in “driving up your electric bill”. This is less awareness raising than it is an IQ test for the candle powered.
But that’s not all. Be aware when Green Party peepers come prowling your property;

Between 8 and 9 tonight, I’ll be doing what I usually do at that time:I’ll be out with my wife walking our two dogs 5km around our small town.
Tonight, however, I’ll be looking at my neighbours’ windows to see which ones are participating in Earth Hour.

And I’ll be looking out mine to see which ones are skipping national Clean Your Firearms Day.
Related: Take a cue from Google – do nothing.
Earth Hour Offset Project* UPDATE! – SDA gets results!
UPDATE 2! – Be holistic in your efforts to waste. “This earth hour, think inside the box.”

“This war has now lasted longer than World War I, World War II or the Civil War,” – Barack Obama*

Look, you stupid feminazi twits – not everything is about you.
Heh. But it’s still entertaining to watch the churning pink froth….