Amazon Is Booting Parler Off Of Its Web Hosting Service.

In case you haven’t figured it out, the end game is to wall off access to social media tools by conservatives, even those they develop independently, so that the technology can be exploited exclusively by the left for political organizing and message control, in a repeat of their capture of the mainstream press.

So, that’s all that’s happening.

Václav Klaus, the former Prime Minister of Czech Republic, is a very wise man. SDA regular LindaL recommended this recent interview with him:

One of the things he talks about is Aldous Huxley’s Brave New World being a dystopican prophecy for what is happening post-Covid. Here’s a summary of this important book:

The boys learn about the Bokanovsky and Podsnap Processes that allow the Hatchery to produce thousands of nearly identical human embryos. During the gestation period the embryos travel in bottles along a conveyor belt through a factorylike building, and are conditioned to belong to one of five castes: Alpha, Beta, Gamma, Delta, or Epsilon. The Alpha embryos are destined to become the leaders and thinkers of the World State. Each of the succeeding castes is conditioned to be slightly less physically and intellectually impressive. The Epsilons, stunted and stupefied by oxygen deprivation and chemical treatments, are destined to perform menial labor.

The Director then leads the boys to the Nursery, where they observe a group of Delta infants being reprogrammed to dislike books and flowers. The Director explains that this conditioning helps to make Deltas docile and eager consumers. He then tells the boys about the “hypnopaedic” (sleep-teaching) methods used to teach children the morals of the World State. In a room where older children are napping, a whispering voice is heard repeating a lesson in “Elementary Class Consciousness.”

Outside, the Director shows the boys hundreds of naked children engaged in sexual play and games like “Centrifugal Bumble-puppy.” Mustapha Mond, one of the ten World Controllers, introduces himself to the boys and begins to explain the history of the World State, focusing on the State’s successful efforts to remove strong emotions, desires, and human relationships from society.

The video shown here must be a re-enactment because the Lamestream Media has repeatedly told us that their Leftist comrades in Antifa & BLM are incapable of anything other than peaceful protests:

BLM-antifa extremists confronted Portland mayor Ted Wheeler while he was dining out last night. Serial-riot arrestee Tracy Molina was part of the mob. Shortly after this video, he was punched. #antifa pic.twitter.com/hcVWJdJKcd

We must never forget what our “intellectual betters” did to small businesses in 2020:

Many small businesses are struggling during the pandemic, but now some of them are getting much-needed help in an effort spearheaded by Barstool Sports founder David Portnoy (@stoolpresidente). @HarrySmith has the details. pic.twitter.com/d4MxX0zkJw

Of course, they always spin their destructive policies as “based on data & science” but lawsuits have proved that they never were. It was also very telling when companies connected to the levers of power got mysterious exemptions from this destruction.

BLM-antifa tried to break into a federal building in Portland for months in 2020 using explosives, power tools, rope, etc. The tanks never came in and the national response was that it was wrong for federal officers to even protect the building. https://t.co/P4SHQJtxVQ 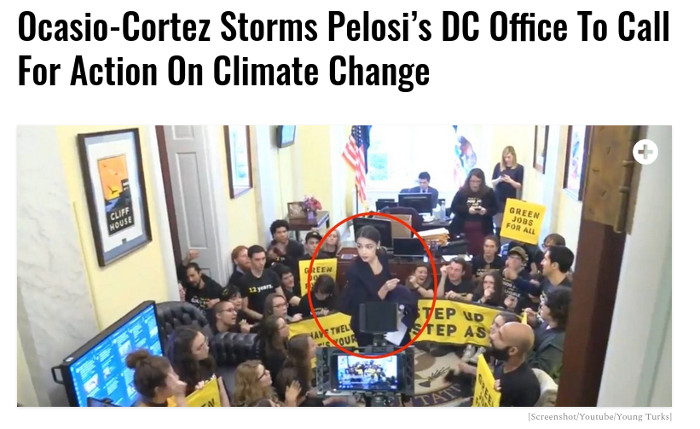 39 percent of Americans believe the election was “rigged,” included a whopping 67 percent of Republicans.

I’m not talking about exotic theories that voting machines controlled by communists in Venezuela and China switched millions of Trump votes to Biden (a convenient straw-man the corporate media constantly slays). I’m talking about old-fashioned, mundane stuff: people voting twice, dead people voting, cash-for-votes schemes, election workers ignoring state laws about the counting of absentee ballots, and courts changing the rules and deadlines for absentee ballots at the last minute. Much of it was perpetrated by Democratic political machines in places like Philadelphia and Detroit — cities infamous for corruption and election-rigging.

We at The Federalist reported on it. We talked to poll challengers in Michigan who witnessed election workers counting ineligible absentee ballots and not allowing GOP observers to do their jobs. We talked to political insiders and volunteers in Philadelphia who described an election system thoroughly compromised by a corrupt Democratic machine.

We chronicled an illegal scheme to bribe Native American voters on tribal lands in Nevada and Arizona with cash cards, electronics, and other “prizes” in exchange for votes. We reported on changes to mail-in voting in multiple battleground states, including Georgia, rammed through by state legislatures or issued by fiat from bureaucrats and judges, that made it easier to cheat with fraudulent or ineligible absentee ballots. […]

The corporate press ignored all of it, just as they ignored any story that might have hurt Biden during the campaign. Their goal was and is to get Democrats elected, period. They don’t care about being fair, or telling the truth, or keeping their readers informed about reality. If they did, they would have reported on this stuff instead of lumping it all together as so many conspiracy theories.

We tried to warn them. (That said, fog of war and usual cautions apply.)

Rioters have now breached the third floor of the Capitol. pic.twitter.com/Rvpn3JdcKg

Ian Miles Cheong is likely to be among the better Twitter feeds for by the moment reports outside the mainstream.

On the plus side, rioting is bad again.

BREAKING: I am inside Nancy Pelosi’s office with the thousands of revolutionaries who have stormed the building

To put into perspective how quickly staff evacuated, emails are still on the screen along side a federal alert warning members of the current revolution pic.twitter.com/m24YjtWIXh 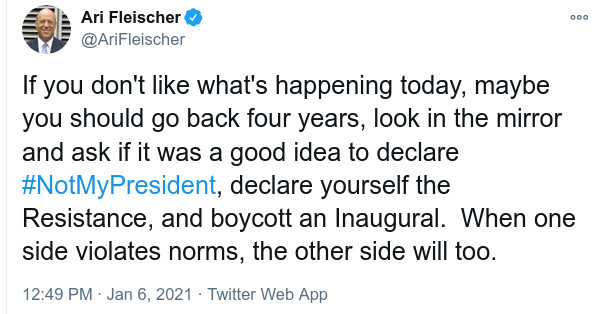 @ScriberrNews — #BreakingNews: The Pentagon has now denied a request to deploy the National Guard to #CapitolHill.

@chiIIum – There will be a report coming in that shots have been fired inside the building. (A female protestor was shot, in critical)

Latest Georgia Election Results – Let’s see if there’s another “middle of the night freeze”, followed by a sudden change of fortune for the Democrats. 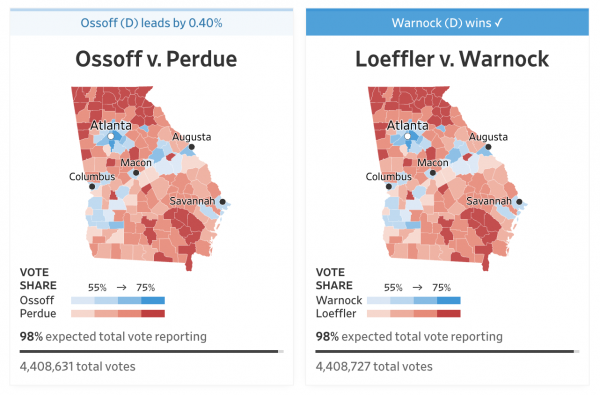 House Speaker Nancy Pelosi (D-CA) and Rules Committee Chairman James McGovern (D-MA) unveiled the rules for the 117th Congress on Friday, which contain “future-focused” proposals, including the elimination of gendered terms, such as “father, mother, son, and daughter.”

“This package, which will be introduced and voted on once the new Congress convenes, includes sweeping ethics reforms, increases accountability for the American people, and makes this House of Representatives the most inclusive in history,” said the House Committee on Rules in a statement.

Today, Tuesday, is the long awaited Georgia Senate runoff: At any rate, because America runs the crappiest elections in the allegedly “free world”, we’re now being told it’s highly unlikely (unless it’s a landslide steal by the Dems) that we’ll have a result tonight. Hey, what’s the big deal? We still don’t have a result in New York’s 22nd Congressional district – and Election “Day” was over two months ago.

Check in with Election Wizard for results and analysis, if you’re interested.

Exactly one week ago: https://t.co/FHOHWVKWob

The creator of this video, Jermaine Ellis, is a very insightful young man who clearly has done a lot of thinking about the longterm repercussions of the oppressive lockdown of San Francisco.

Mr. Ellis sure seems to understand more about basic economics than the nitwits ruining running the city and the state.