This is far from a scientific random sample, but here are some interesting comments about Joe Biden over the past 24 hours. Warning: Most every single person here is afflicted with the fact & logic crippling brain disease known as “TDS” so be nice: 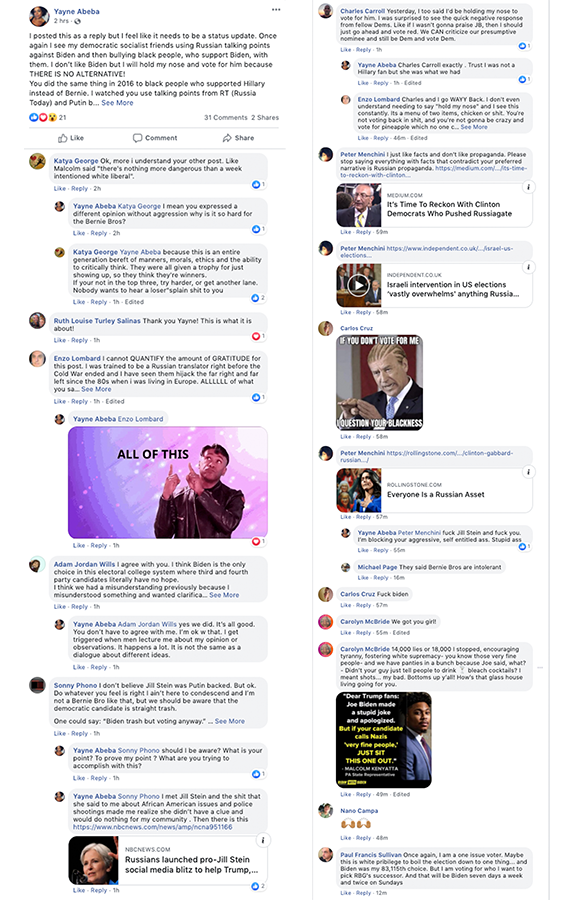 Senator Tim Scott has some thoughts for Sleepy Joe.

Joe Biden is a puppet. Bernie Sanders and his “progressive” apparatchiks are clearly pulling the strings. Americans have a decision to make. More here and here.

Even more politically germane than these remarks from the two big-blue states is what Joe Bidensaid from his Delaware porch: “We have an opportunity not just to rebuild the economy but to transform it.” That return-to-normalcy line that got him the nomination was mostly bunk. Mrs. Pelosi’s $3 trillion spending bill is best understood not as a bailout, but a bail-in. It would be a nationalization of the progressive blue-state model of unconstrained spending.

For the past several decades, that model has had two main components, neither of which their state tax bases can support: pension and health benefits negotiated with public-sector unions and a welfare state, principally Medicaid, which by the third law of Democratic thermodynamics can expand to infinity.

Someone’s gotta pay for it, and that someone under the Pelosi plan may soon be the rest of the nation’s taxpayers who don’t live in California, New York, New Jersey or Illinois and who have never voted to take on this unsustainable fiscal burden. Residents of all four states have been fleeing for years. The reigning theory of Democratic governance regards the loss of productive private capacity as irrelevant to their goals.

Pro tip: Whenever you hear a Leftist use the word “invest”, think “waste/spend” because it’s much more accurate.

I’ve never understood why it’s fine for white people to vote any way they wish in America but we’re constantly told that black people MUST vote for the Democrats or they’re not true “black”. Can someone explain that to me?!?

“Come on man, you know what I mean. I mean if you don’t vote for me you ain’t black.”

I’ve been assured by reliable sources that this never happens.

A former Judge of Elections in Philadelphia, Pennsylvania, has been charged and pleaded guilty to illegally adding votes for Democrat candidates in judicial races in 2014, 2015, and 2016.

On Thursday, the Department of Justice (DOJ) announced charges against former Judge of Elections Domenick DeMuro, 73, for stuffing the ballot box for Democrats in exchange for payment by a paid political consultant. […]

According to the indictment, the political consultant allegedly solicited payments from Democrat candidates who hired him, classifying them as “consulting fees.” The payments — which ranged from $300 to $5,000 — were then allegedly used to pay Election Board Officials, such as DeMuro, in exchange for those officials illegally adding votes for the consultants’ Democrat candidates.

DeMuro admitted that he illegally added votes for Democrats on Election Day and then certified later that the votes counted were accurate.

Press conference video here: “…today we will unveil telephone conversations with voices similar to those of Petro Poroshenko and Joseph Biden testifying to facts of international corruption and treason at the highest state level.”

THREAD: This thread will provide a quick overview of the 9 hacked telecons on 7 dates from Dec 3, 2015 to Nov 16, 2016 just AFTER election. Providing full context would require a history. I'll try to be terse. Youtube version from NABU Leaks is clearest. https://t.co/WCmkSHTeuZ pic.twitter.com/CB8kkIXXSI

The full set of video is here: The Nabu Leaks.

The Dems’ much heralded “pandemic playbook” is less than advertised.

Language warning but well worth a listen:

Past (and future?) Democrat Presidential candidate, Hillary Clinton, doesn’t like people who disagree with her.

Armed men storming a legislature to disrupt its democratic proceedings is domestic terrorism. It cannot be tolerated.https://t.co/NcCFgA5COE

In a recent interview with Ben Shapiro, author Douglas Murray talks about the useless brainwashed Leftist folks who truly hate everything about the West.

Remember the good old days when Democrats cared about free speech, the rule of law, civil liberties, and due process? Those are ancient times for the political movement that now embraces guilty no matter what, cancel culture, and a totalitarian one-party state that decides all.

In his most recent essay, Matt Taibbi connects several dots to expose 2020 Leftists for what they truly have become:

Whatever one’s opinion of Flynn, his relations with Turkey, his “Lock her up!” chants, his haircut, or anything, this case was never about much. There’s no longer pretense that prosecution would lead to the unspooling of a massive Trump-Russia conspiracy, as pundits once breathlessly expected. In fact, news that Flynn was cooperating with special counsel Robert Mueller inspired many of the “Is this the beginning of the end for Trump?” stories that will someday fill whole chapters of Journalism Fucks Up 101 textbooks.

Warrantless surveillance, multiple illegal leaks of classified information, a false statements charge constructed on the razor’s edge of Miranda, and the use of never-produced, secret counterintelligence evidence in a domestic criminal proceeding – this is the “rule of law” we’re being asked to cheer.

The same mistake is now being made with civil liberties. Millions have lost their jobs and businesses by government fiat, there’s a clamor for censorship and contact tracing programs that could have serious long-term consequences, yet voters only hear Trump making occasional remarks about freedom; Democrats treat it like it’s a word that should be banned by Facebook (a recent Washington Post headline put the term in quotation marks, as if one should be gloved to touch it). Has the Trump era really damaged our thinking to this degree? 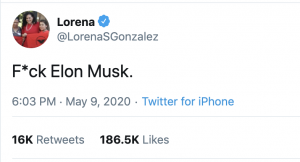 Lest we forget, this is the same woman who put thousands out of work already. Who needs job when money grows on trees and the world is filled with rainbows and unicorns?!

Still digging but so far my team has been able to determine:
NY
NJ
PA
MI
CA
All had policies ordering nursing homes to accept infected coronavirus patients

Let the ass=covering begin: The gov has ordered an investigation that’s plainly supposed to pin all the blame on nursing and adult-care facilities

So you don't believe her because you think she had to help him assault her? You might as well claim her skirt was too short.

Is that really your opinion? House of Reps? Dude. @KomiRichard pic.twitter.com/0fksIZ47Il

On a positive note, if Richard Komi unblocks his Twitter account on Monday and announces that he now identifies as a woman, Biden has clearly found his perfect running mate!

This moment of silence from Biden was stunning..

he was not expecting this follow up from Mika after claimin ‘conversations w/ POTUS and other heads of state’ .#MorningJoe pic.twitter.com/CrDRfOyG1b

Update: Why Did Joe Biden Put Out a False Trail for Docs Related to Tara Reade’s Complaint?

As two more women have come forward to corroborate part of Ms. Reade’s allegation, the Biden campaign is facing attacks from the right and increasing pressure from the left to address the issue. And liberal activists find themselves in a tense standoff with a candidate they want to support but who they say has made little attempt to show leadership on an issue that resonates deeply with their party’s base.

Via Ed Driscoll, who has more.

Davey Alba is an apparatchik a technology reporter at the New York Times. She recently tweeted this:

I contacted YouTube about this video, which is being shared on tons of replies on Twitter & on Facebook, by people asserting that it backs up Trump's idea throwing it out there that UV rays kill coronavirus.

YouTube just said it removed it for violating its community guidelines. pic.twitter.com/gbs5Igq0yy

P.S. While watching the video, you might also enjoy this earlier portion on the Democrats insisting that “Trump should be replaced by an elderly dementia patient with credible #MeToo accusations”.