“… the major media players stopped focusing on ICE raids and immigration and got swept up in running a flame war play by play.” 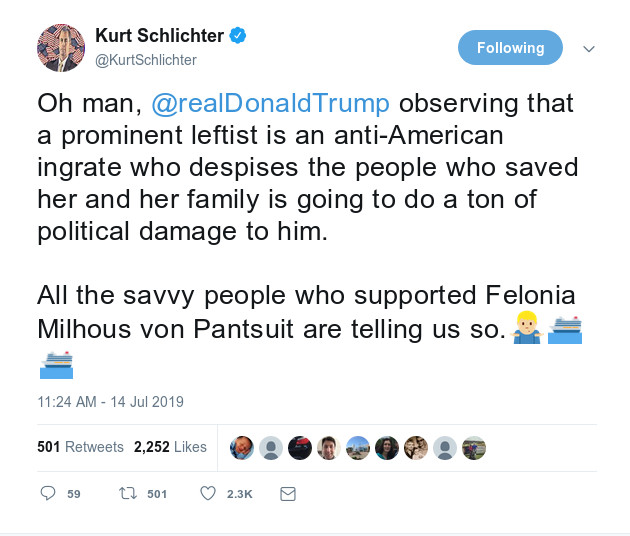 Imagine being a “conservative” who spent all day sanctimoniously defending Ilhan Omar’s virtue and courage and contributions to American democracy, only to have her hold a press conference where she refused to denounce Al Qaeda and Islamic terrorism.

You've got to admit that Trump is a Sun Tzu at strategy. The Democratic Party is now wedded to the Communist Four who have sucked all the air out of the room for the party's candidates, and are pressing for a suicidal impeachment.

“Why, look at these three American success stories, every one of them from, I think we agreed, an immigrant family. And every one of them is a vitriolic, America-hating, openly socialist, race-baiting pain-in-the-ever-loving-ass. Just imagine how many more families just like theirs we could bring in with an open-borders policy that had an even lower bar for… say, where are you going?”

It’s been quite the day.