A Tesla car crashed into a Virginia couple’s home on two occasions when its parking assistance features failed, a new lawsuit alleges.

Bikan and Daljit Octain paid $111,450 for a 2016 Tesla Model S 90D Automobile, including a $3,000 charge for the “Full Self-Driving Capability,” they allege in a suit in Virginia Circuit Court against Tesla Inc. and Tesla Motors Inc.

But the car crashed itself once into their home and months later drove itself into the wall of their garage when they attempted to use the parking assist features, the Octains allege.

Maybe it was just stoned. 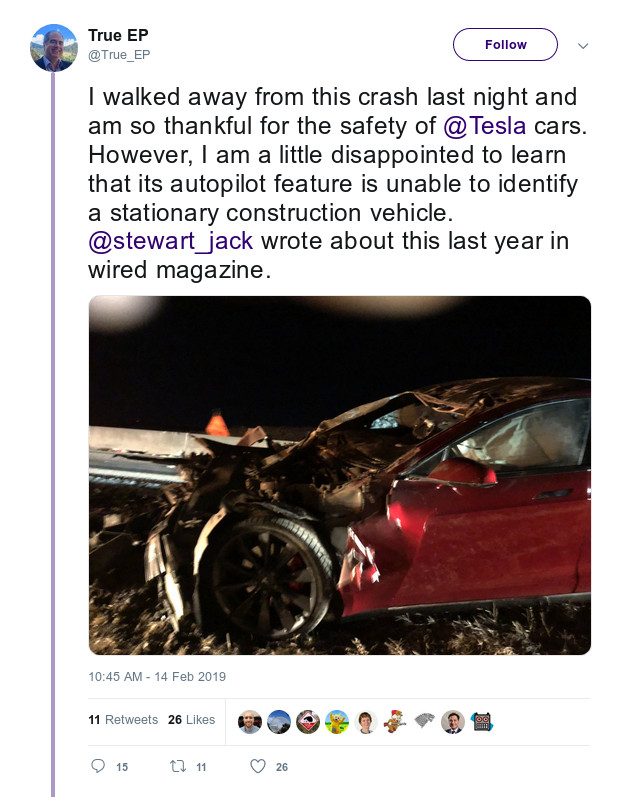 22 Replies to “I, For One, Welcome Our New Self-Driving Overlords”